One of the hottest new dancehall acts, Intence, already got some baby mama drama coming his way.

Intence broke on the dancehall scenes approximately a year ago when he dropped his hit song “Go Hard” on the Frenz For Real Lifetsyle Riddim compilation. The young deejay as since been going hard at his crafted and even harder at his relationship, snagging the heart of one of the ‘baddest’ females in the industry, Team Spice’s beast of a dancer, Dancing Rebel.

As a couple, they are not too shy about their relationship and regularly confess their desire for each other on social media. However, following a recent Instagram LVE session, Intence may be looking to confess more to his queen than he thought he would have. 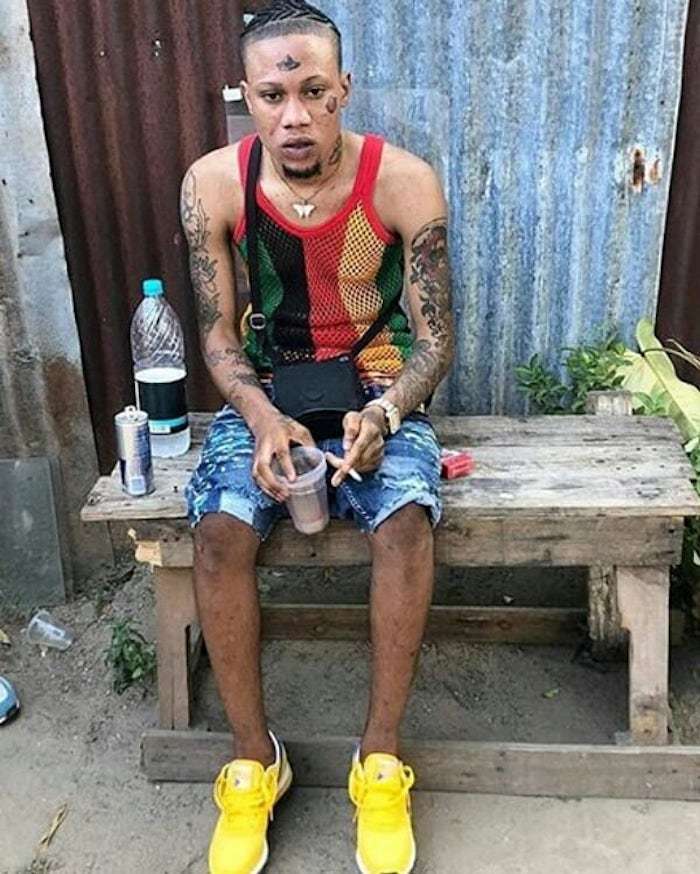 With nearly 1500 persons tuned into the session, a quite bizarre comment popped up, “IM PREGNANT. 3 months. You have blocked me from calling. Please respond.” The comment was made from @ilovelaylaaas. However, a review of the account shows all signs of it being a fake or burner account. In light of this, the young couple has nothing to fear and can continue to publicly confess their love to the world.

In what could be seen as a silencing of the rumors, Rebel shared a sultry video of herself and her beau on her Instagram Story. The compilation clip shows the couple sharing spirits from a bottle, while they embrace each other. She also shared one of Intence’s latest releases, “Fire First,” which finds its way on the Monopoly Riddim. The artiste has been keeping busy since the start of the year by releasing more than a handful of music videos, finding himself in the company of top producers, as well as being a target of Vybz Kartel. Nonetheless, Intence has not given a response to the comment which was shared during the LIVE session.

While outside events have been put on pause, Dancing Rebel is still finding ways to dance her troubles away, by choreographing routines to some of the latest local and international releases.