Kevin Gates is getting roasted to a crisp on social media over what folks called mediocre strokes in a leaked sex tape.

Fans are hounding Kevin Gates to say something about his latest adult film appearance. The controversial rapper was trending this past weekend because of his supposed sex tape that was leaked to pornographic websites online. Gates is now being bashed for allegedly cheating on his wife, Dreka, who doesn’t appear to be his co-star in what fans are calling an underwhelming fluke.

In case you’re wondering, the male protagonist who also doubles as a cameraman in the production does reveal his face in the video and all his signature tattoos right along with it. The “2 Phones” rapper is yet to address the circulating video, but that hasn’t stopped fans from dragging him online. Nevertheless, Kevin is staying tight-lipped about the topic while even recently promoting his new Vice series “Kevin Gates Helpline” on social media. On a new episode of the show that premiered this week, the rapper advised a cheating boyfriend that he’s gotta let his girlfriend know that he’s “a big player” and not feel bad. 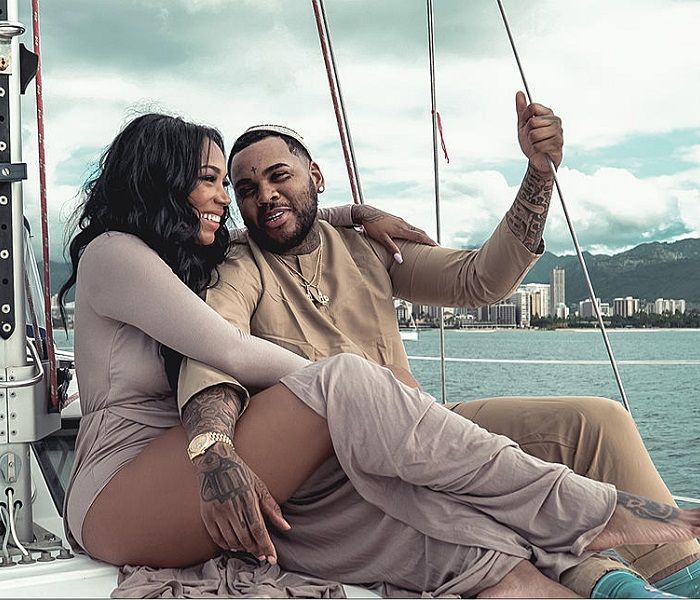 The Baton Rouge rapper’s silence about this recent controversy is probably a statement in itself, seeing that the sex tape isn’t exactly getting rave reviews. According to HipHopDX, the video leaked on May 16th, and the “#KevinGatesVideo” Twitter trend followed soon after. Fans have been reacting on Twitter all week with one declaring that “Kevin gates sextape is a d**n mess. I need you n****s to stop rapping/talking about freaky sh*t you can’t live up to,” they wrote. “You lost that privilege if your d**k is trash. Keep your d**k to yourself until you learn how to use that sh*t.”

Even with the constant badgering, Dreka Gates remains radio silent as well, as fans sit on the sidelines curious about the status of their relationship amidst the rapper being exposed. Kevin and Dreka Gates have been married since 2015 but have been together for a lot longer. They share two children Islah and Khaza, and Dreka is also Kevin’s booking manager. Gates even wrote a single, dedicated to his wife called “Dreka” off his recent album, which is also her namesake. The married couple has always presented as one filled with mutual admiration even though this isn’t the first wave of infidelity accusations to rock their relationship.

Distractions come and go but by all means stay focused!!!!#EyesOnThePrize ?#StillHoldUp

On social media, the pressure has been cranked up a notch as Kevin Gates and his wife continue to refrain from addressing the tape. Now fans are seemingly growing weary of the rapper ignoring the huge elephant in the room. “So you not gon address the tape,” one fan wrote on social media. Another demanded, “Aye explain yo self big general lmao,” as if he reckoned that he had given the rapper enough time.

Kevin Gates probably has a lot going on at home right now. I think we can give him some more time to get his house in order before he makes a public statement. It’s more between him and his wife than anyone else anyway, so do you think he will ever really appease fans by addressing the sex tape in any public forum?

Kevin Gates preaching about loyalty for yearssss and how much he respects his wife and then gets a weak ass sex tape leaked of him cheating on her during Ramadan?? pic.twitter.com/lYTg7Yono0

me lookin at #KevinGates tape and then comparing it to his music…? pic.twitter.com/1nB2piHlO3