Tekashi 6ix9ine’s baby mama Sara Molina invokes Ciara in her beef with Future and fans flaming her for it.

Tekashi 6ix9ine definitely knows how to get the party started. The New York rapper has been capturing headlines for various reasons since being released from prison early for ratting out his former Nine Trey Bloods gang members. While Tekashi69 has expressed his reasons for snitching, it still hasn’t stopped all the hate coming his way. Let’s face it, being a top snitch means that you will have enemies at every turn.

Tekashi has been working hard to keep himself out of sight in the streets, but he is very much visible and active when it comes to social media. The rapper has already had altercations with many other rappers, not to speak of the others who have bashed him for his actions but have not received a response from the King of New York. 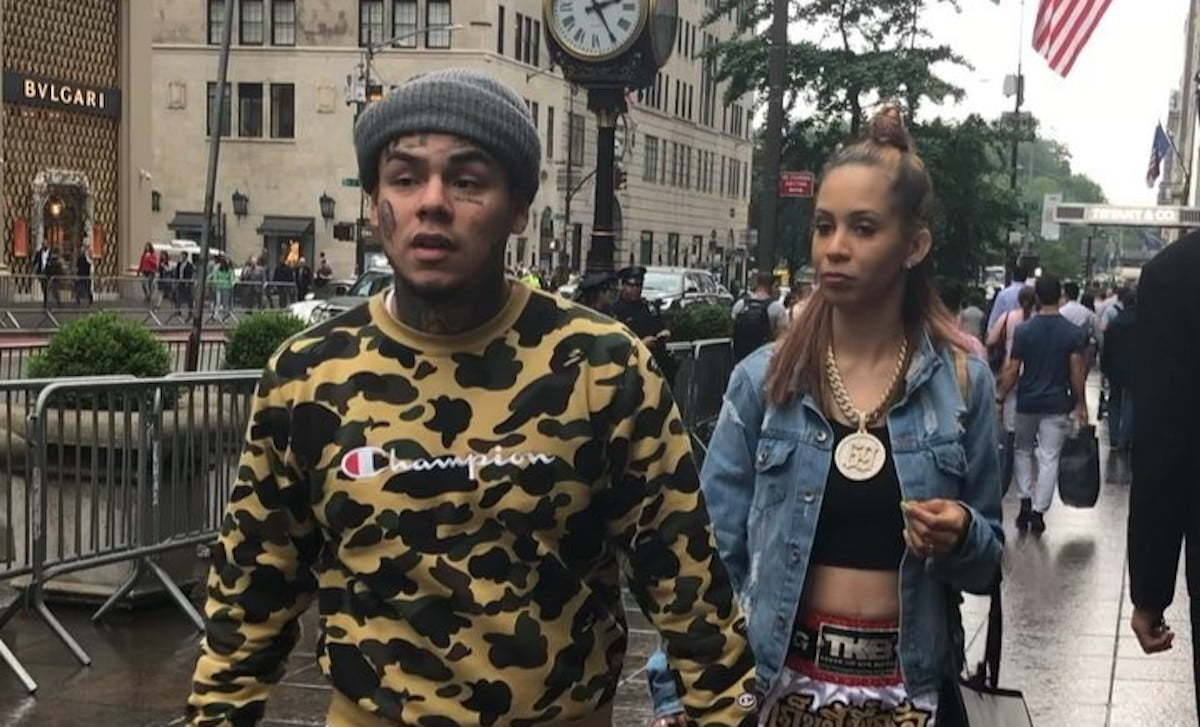 The likes of Tekashi’s two baby mamas, Lil TJay, Meek Mill, Rich The Kid, and now Future, have all been buzzing on social media from their supposed beefs/interactions with 6ix9ine and anything that gets filtered through that broad spectrum.

Tekashi previously tagged Future for advice on a messy situation with he newest baby mama, since Future is indeed the Mecca for messy baby mama drama. While the Freebandz rapper did not speak on the issues with the baby mama situation 6ix9ine tagged him into, he still decided it was fitting for him to speak on another developing story. The incident in question involved Rich The Kid luring the rainbow-haired rapper’s other baby mother, Sara Molina, into a car en route to a video shoot for another rival, Lil TJay.

Future chose Twitter as his platform to express how proud he was of Kid’s actions by penning, “Dey using n***as baby momma as props now,” before confirming, “She belong to the streets.”

A little later, he left another cryptic message when he called on “the streets” to “cover her tab,” after he seemingly sealed her fate when he concluded, “maann dat bih FRIED.”

Sara Molina, who is known to exercise zero chill when it comes to comes on to rappers, regularly airing out Tekashi on the gram.
She shot back at Future, with her take on some very public knowledge. “With 9 baby mommas, Sir you’re more for the streets than me,” she wrote on her Instagram Story.

However, Future’s message seemed to have been misinterpreted, leaving him to clear the air.

Obviously,ain mad at u definitely went over sum of u guys pathetic brains…

Sara was adamant she would have the last laugh in this situation and went back to her Instagram Stories to add a few more lashes to Future’s tally. “Worry about your b**ch she been for the streets……. and diddy……. and his sons,” she mentioned, ultimately tagging Future’s new girl Lori Harvey into the ring.

She continued swinging, dropping another powerful punch 3 minutes later. “Feel offended by the antics and wanna be talking OMERTÀ but moving the same day[way] the snitch does as a father,” she wrote.

Clearly, in the mood for some heat from Ciara’s fans, she ventured below a recent image uploaded to The Shade Room, which shows a glowing Ciara as she shows off her lovely baby bump. “BEST THING YOU DID WAS LEAVE FUTURE,” she wrote in the comments.

#SaraMolina stepped into #TheShadeRoom with her petty boots on!! ? #Future (view earlier posts)

However, Ciara’s fans were not appreciative of her dragging their Queen back into a messy back and forth with Future being the topic of discussion. “Girl keep my unbothered happy sis out this ghetto foolishness,” they mentioned.

Future clarifies Some more about #tekashi69 and his baby mama. He also tweeted Omerta? which is a code of silence practiced by the MAFIA to not to talk to the cops. So look like future ain’t really rocking with 6ix9ine or his baby mamas.

Oop!! #SaraMolina said she’s about to get the last word ? #Future (Swipe for previous post)