Megan Thee Stallion had her wildest dream realized when Beyoncé hopped on the remix for her song “Savage.”

Yesterday a leaked version of the “Savage” remix surfaced online in a fleeting moment that stunned unsuspecting fans. Not only did no one know that a remix of the song was underway, but it was even more surprising to hear Queen Bey vocals emerge on the track. The leak was quickly removed before the song was made available on all music platforms shortly after. Megan Thee Stallion, who is currently signed to JAY-Z’s Roc Nation management, took to Twitter to make the emotional announcement about her fellow Houstonian joining her on the track. “I’m f***ing crying rn HOUSTON WE ON [fire],” she wrote. “SAVAGE REMIX FT THE MF QUEEN @Beyonce OUT NOW.”

The song is fully decorated with Beyonce’s vocals that harmonize the lead throughout the track, and her signature tone is also all over the background vocals and the adlibs.

In the remix, Beyoncé, as usual, shows us that she is very aware of recent trends and keeps abreast of what’s happening in the industry, whether she’s been participating in the wave or not. She mentions viral topics like TikTok and popular subscription social media service OnlyFans before repping for the gang gang and making a crack about her authentic rump. 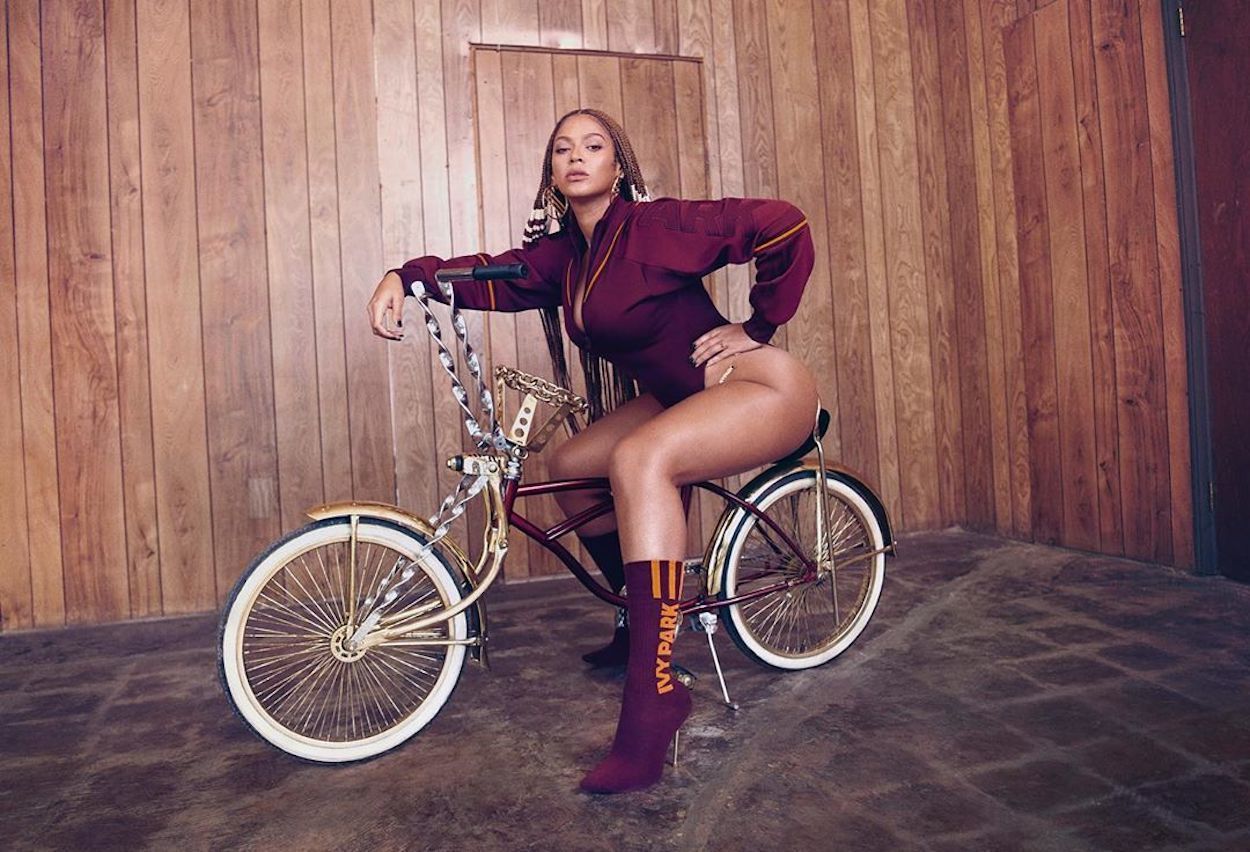 “Hips TikTok when I dance / On that demon time, she might start a OnlyFans / Big Bey and that B stand for bandz / If you wanna see some real ass, baby, here’s your chance,” Beyoncé says on the track. “I been poppin’ my frame, gang gang gang gang gang / If you don’t jump to put jeans on, baby, you don’t feel my pain.”

The proceeds from the record which has quickly gone viral amassing millions of views in under a day will be donated to coronavirus relief efforts. More specifically, it will benefit Bread of Life, Inc, which is an organization in downtown Houston that provides meals for the homeless. According to the details of the track on Tidal, it was co-written by Jay-Z, The-Dream, Starra, and Pardison Fontaine.

The original “Savage” song is still in the top 20 on the Billboard Hot 100 after first being released on Megan’s Suga EP. The song had already made its mark in the culture after spawning the super popular Savage Challenge on social media, but now with Beyoncé on the track, the possibilities are endless.

“I heard they asking for the Queen to buy some cameras in here /I’m a bad b*tch, she’s a savage, no comparison here / I ‘ma flip my hair and look back while I twerk in the mirror / All this money in the room think some scammers in here,” Beyoncé further slays on the currently trending track.

Don’t be late to check out the full song that will definitely take over the airwaves in short order.