While many things surrounding COVID-19 remain uncertain, there is at least one sure thing, and that is good music is hitting us aplenty during quarantine. We are not only being hit with impressive solo cuts but some unique collaborations as well. One of the latest collaborations to be released is titled, Dangerous City” by Canadian duo and OVO Sound signees Dvsn, hip hop rapper and producer Ty Dolla $ign, and the Jamaican Gargamel Buju Banton.

The combination of DVSN’s Daniel Daley and Ty Dollar offers a melodic, musical trip; think silk flowing over silk to grasp the full understanding of how beautifully well the vocals work together. While each artiste works in different areas of the track, the chemistry between the three is evident. 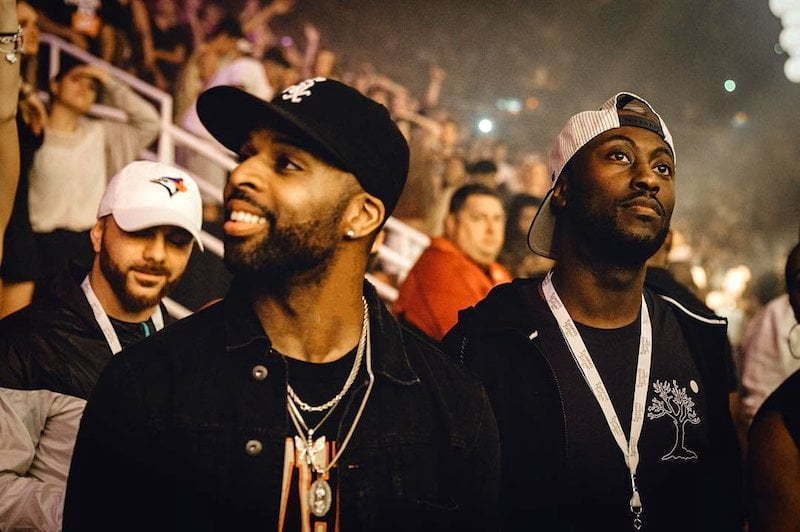 With a smoothly addictive first and second verses, it then becomes understandable why the OVO Sounds talent recruited the raspy, gritty persona of Buju Banton for the anchor leg. Buju brings something different, as his spirited delivery drapes the beat to a more punchy tune, to follow in his footsteps.

The Gargamel deejays, “Come make a love you fingers through your air / beside me you’ll be save there is danger everywhere / one is still single, let’s be a pair.”

Daniel, Ty, and Buju all put their most persuasive arguments to the test, to try and woo their ‘lady’. At the core of each argument is the offer of protection from the dangers that lurk in this world. “Dangerous City” is taken from DVSN’s upcoming album, A Muse in Her Feelings, which is set to be released on April 17, 2020. Other impressive features on the album include PartyNextDoor, Popcaan, Jessie Reyez, Future, Snoh Aalegra, Summer Walker, and Shantel May.

While it’s a bit too early in the year for a curtain call, the 16 track project is already being labeled by some fans as the leading r&b project for 2020. “Dangerous City” follows up on the release of “Between Us” featuring Snoh Aalegra, which employs samples from Usher’s 1997 hit “Nice & Slow.”

You can peep DVSN’s newest release below.