Diddy orchestrated a danceathon on Instagram Live this weekend, and all his favorite celebs including Jennifer Lopez, joined in on the fun.

On Sunday afternoon, the musician held his “party with a purpose,” where he promised a star-studded guest list. The music mogul collaborated with the US Charity Direct Action to raise money for healthcare workers on the frontlines helping the fight against the coronavirus.

Fans were in awe and also excited to see J. Lo, in particular, take part given her romantic history with Diddy. It is clear that the two who famously dated for a few years from the late ’90s to the early 2000s, still have mutual respect and love for each other and their families. At one point during the live session, Diddy started to do some sort of salsa dance that J. Lo took credit for showing him. “Did I teach you that? I must have taught you that,” she said while busting similar moves.

Elsewhere in the live stream, Jennifer’s fiancée and famous baseball player Alex Rodriguez joined in on the fun. He seemed as carefree as ever while he sipped from his liquor bottle with a blissful grin as he danced along to the music Diddy played. “I just love you guys,” Diddy said to the soon to be wed couple. Jennifer admitted that her fiancée was a big fan of Diddy as well. 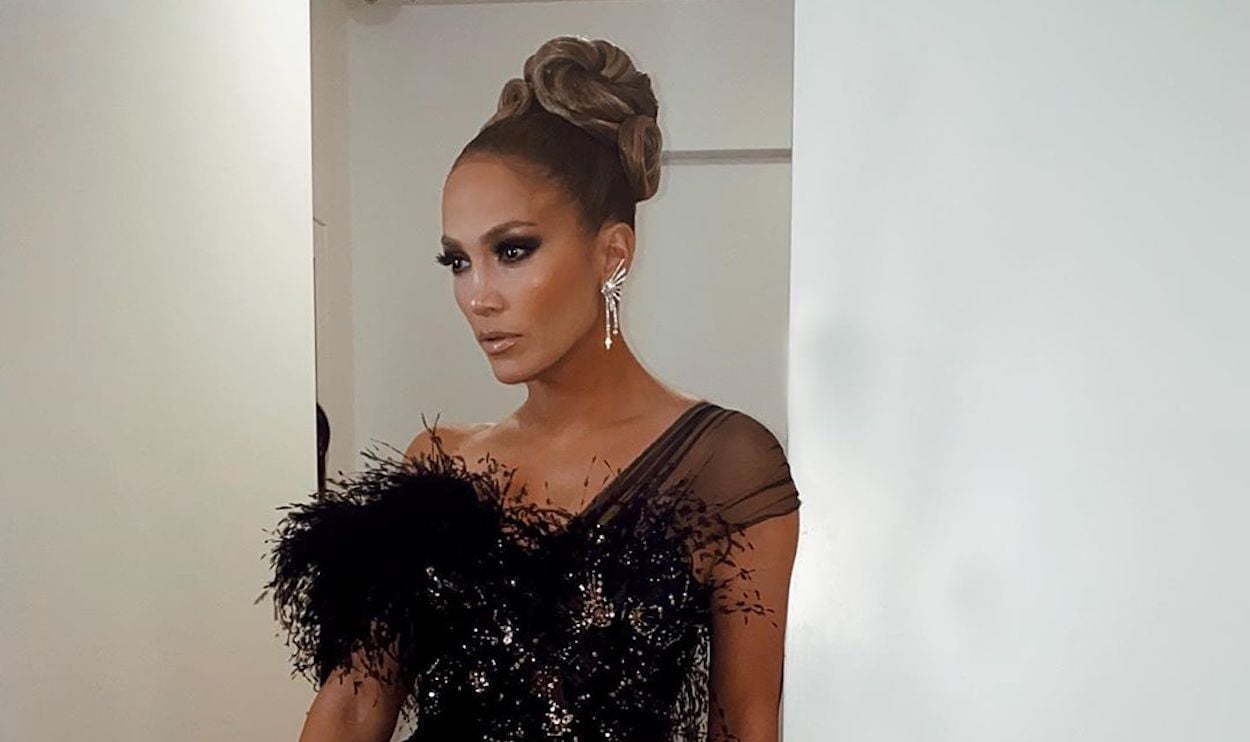 “We love you, we love what you’re doing. I just want to send you all the love in the world from my family to yours. We love and appreciate you,” Lopez told Diddy. The iconic music producer played his song “Been Around The World” and was joined by his sons, Quincy, Christian and Justin, as J.Lo and A-Rod continued showing off their own moves from their side. J. Lo got very emotional seeing the whole bunch as she remembered them when they were kids. “Stop growing, it’s crazy,” she said to Diddy’s sons before noticing his daughters weren’t far behind. “Look at these beautiful girls!” she added.

The pure platonic love is still there between the two, and it’s wonderful to see both of their families getting on so well. It just goes to show that adults, whether they are celebrities or not, can be mature, respectful, and have pure intentions. Surely some fans were a little nostalgic when they saw the former couple dancing on their phone screens, but ultimately the message was that love conquers all, and in this case, it helped to conquer millions of dollars against the COVID-19 fight.

Tomorrow we will all dance together for our healthcare workers! Let’s spread some positive vibes and let them know how much we appreciate them! Tomorrow at 3PM EST on my Instagram Live Team Love Dance-A-Thon. THE WHOLE WORLD IS INVITED!!!!!!

Other celebrity guests that were on the lineup on Diddy’s coronavirus relief benefit via Instagram Live include Drake, Chris Brown, Justin Bieber, Janelle Monáe, Will Smith, Alicia Keys, Kevin Hart, Snoop Dogg, DJ Khaled, Lizzo, Megan Thee Stallion, Ciara, Oprah Winfrey and even more. Diddy announced during the Live that the efforts had already raised over $3.5 million within the first hour of the live stream.

I always laugh when I see someone say “my heart is so full” … but after seeing Diddy and Jennifer Lopez together again, I get it ?? pic.twitter.com/vDlt2qm5VT

.@Diddy turning up with @JLO and @AROD. pic.twitter.com/wieaQQhBQG