25-year-old model and rapper Chynna Rogers has passed away.

Philadelphia rapper and A$AP Mob associate Chynna passed away at just 25-years-old. The young star whose real name was Chynna Rogers died in her Philadelphia home on Wednesday, as confirmed to People magazine by her manager John Miller. “Chynna was deeply loved and will be sorely missed,” the departed rapper’s family said in a statement.

The cause of Chynna’s death is still unknown, though, in the past, she has been open about her struggle with opioids addiction – something she admitted to getting over recently. Other than her affiliation with the A$AP Mob, Chynna was also known for her singles “Selfie” in 2013, “Glen Coco” in 2014, and “The Conversation” in 2015. All her songs had a vibe and always brought potent lyrics. Most recently and perhaps ironically, Chynna released her last project “in case i die first” in December 2019.

Chynna was a dope rapper with real raw talent. News of her death has left many other artists, friends, family, and fans devastated as she was only just beginning her journey to a long and fruitful career. Though she’s been rapping since she was a teenager, she still did not catch her big break yet. Some say that Chynna was “next” and after listening to some of her tracks, it will be hard for you to disagree. 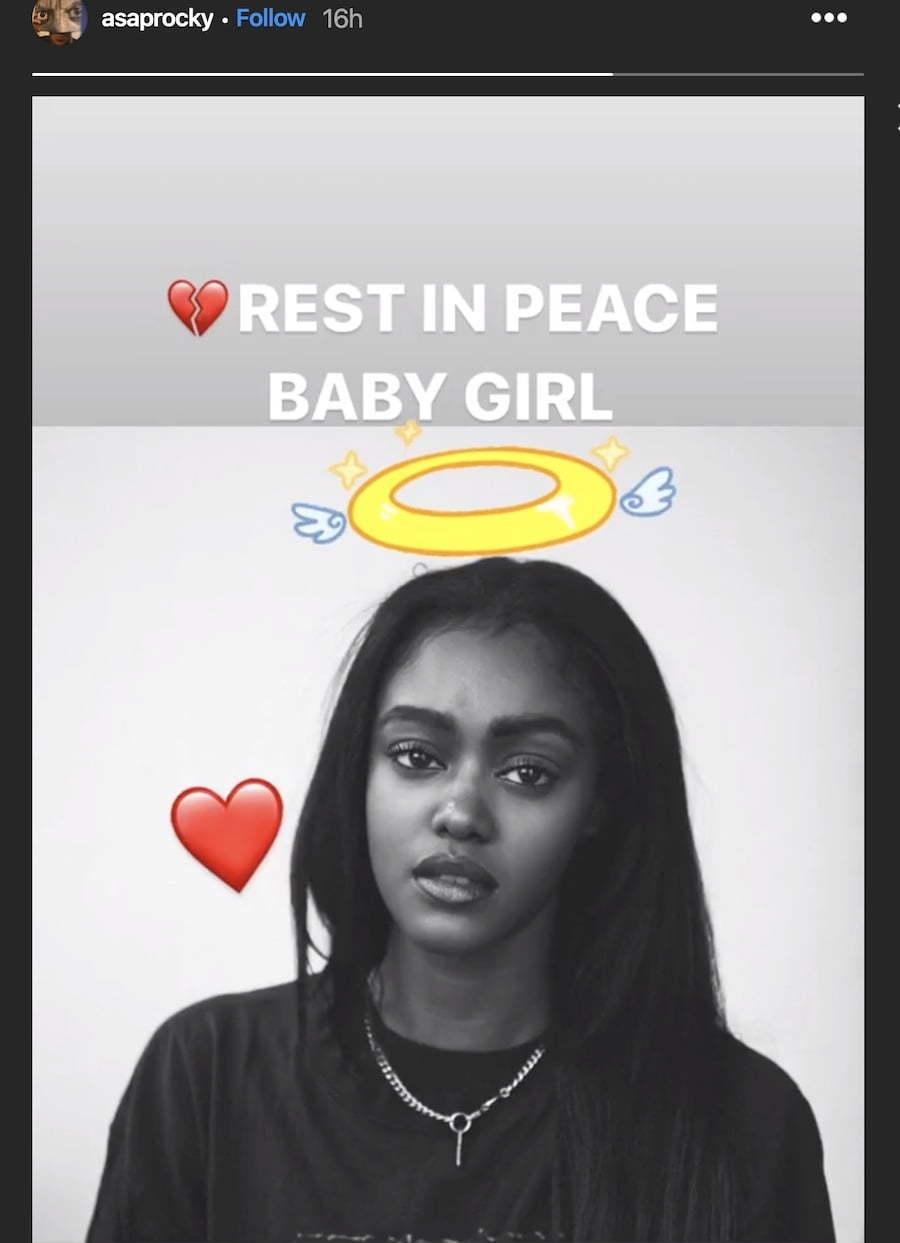 A$AP Rocky took to Instagram to share condolences writing “Rest In Peace Baby Girl.” R&B singer Kehlani also expressed grief on Twitter as she was admittedly heartbroken. “Chynna you were f***in hilarious bro… today was our last exchange of jokes & those I will miss the most. I can’t believe it idk how to,” she wrote. “I love you. so very much. my heart is officially iced.”

Cali rapper Vince Staples also took to social media to mourn the young rapper. Alongside a photo of Chynna that he posted to Instagram, Vince wrote, “I don’t like doing this when my people go but I think everybody needs to know that you were special. Too special for words. Stay outta trouble lil cuh.”

Chynna’s voice was smooth on the beat, and her composure on her tracks was that of a veteran. Her God-like flows and her pen game were “ridiculous” like she said in her song “Glen Coco.” In her song “iddd” that she dropped in January 2019, Chynna said she doesn’t do drugs anymore. She told Pitchfork in a 2018 feature entitled “Introducing Chynna, the Ex-Model and Ex-Addict Who Can Rap Her Ass Off” that her music was an outlet “for angry people with too much pride to show how angry they are.”

An incredible talent and personality she was. May Chynna Rogers’ soul rest in peace.

my chynna doll. the long nights of laughter and secrets. the tears. the honesty. deciding we were going to write our own version of broad city and i’d actually let you be ilana because you’re way funnier than me. shrooms i will neverrrrr do again and YOU know why ? you pulling up to union 19181717 deep to perform glen coco at my show, i remember feelin so lucky to be a fan of my friend. you never forgot to check in. you never forgot to tell yourself you were proud. i will always be proud of you. i wish you got all your flowers while you were here. a super model rapper way before her time. this hurts. idk how to process talking to you this morning and getting to tell you i missed you too but in a way i kinda feel like i got to say goodbye. i love you very much. angels never die… never ever. heartbroken ? prayers towards the family please, that’s where it all need to go

I don’t like doing this when my people go but I think everybody needs to know that you were special. Too special for words. Stay outta trouble lil cuh.

moodiest board. when life is uncomfortably on brand. ??????