DMX delivered some exciting news on Instagram Live about his new album.

Celebrities and artists are continuing to get more creative with the ways in which they bring us entertainment and music news these days, with many turning to social media to keep fans tuned in and informed. One such solution to these social distancing problems has come in the form of Tory Lanez’s Quarantine Radio show on Instagram Live, where he recently invited DMX to join him and discuss music and upcoming projects.

Luckily for X fans, the rap icon confirmed rumors that he has been working on completing a new album, even amid the madness of these trying times. DMX didn’t stick around long enough for an in-depth interview, but Tory Lanez was allowed time to compliment the rap legend, saying, “We are complete fans, right now. We f*cking love everything you’ve done for hip hop.” 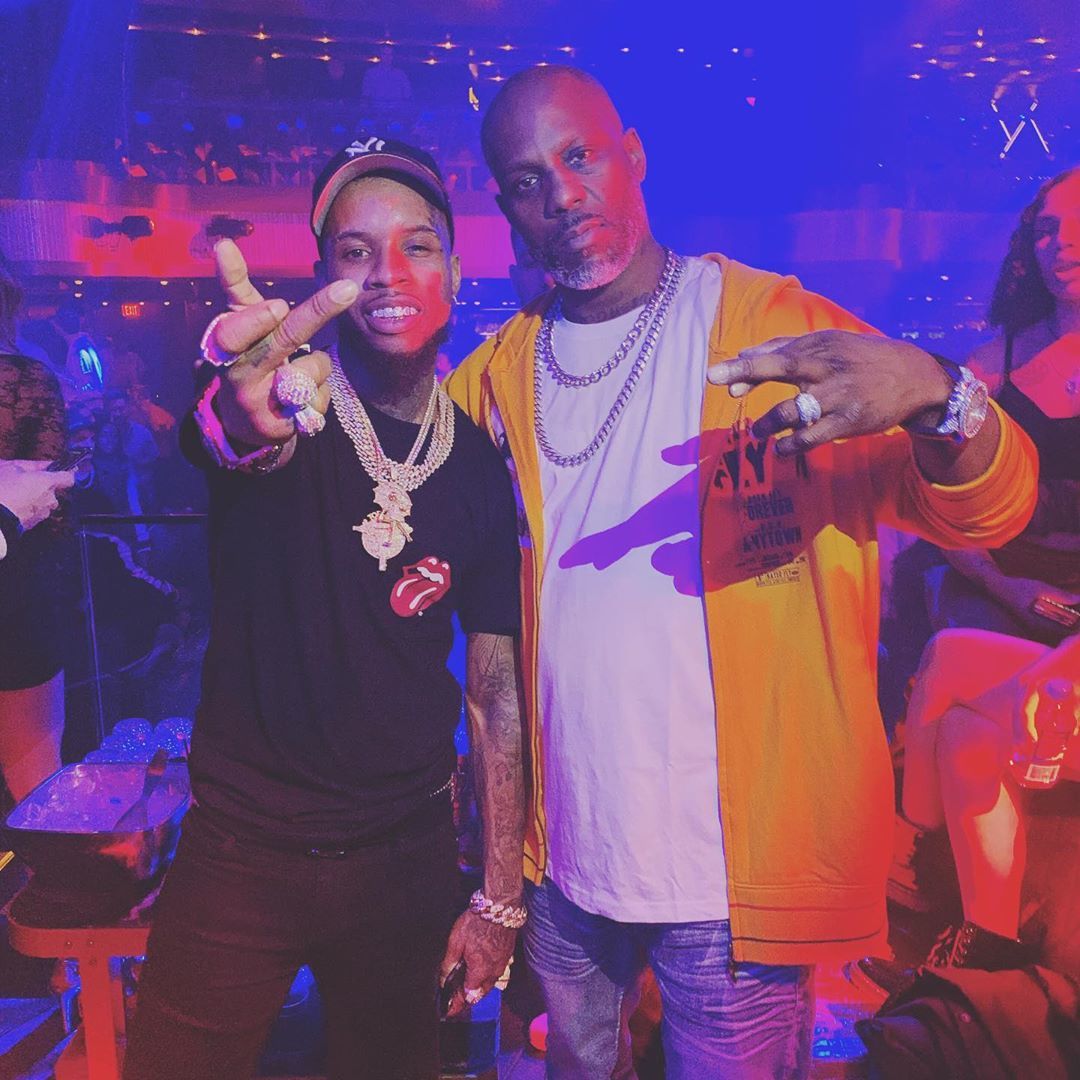 DMX replied confidently, “I’m ready to do it again. I’m down here in Nashville, working on the album. Music don’t stop!” Lanez even got up the courage to ask X if he would let viewers preview a verse form the upcoming album, to which X replied, “You could [ask], but I probably won’t.” DMX then let out a growl for his fans, who blew up the comment section with excitement.

Fans and supporters are happy to see DMX doing well after years of substance abuse issues and a recent stay in rehab. The rapper has had a difficult past several years, serving time in 2018 for tax evasion and failing to drop an album since his last project in 2015. However, upon his release from prison, he signed a new deal with Def Jam and announced a renewed collaboration with Swizz Beatz, both moves that had fans looking forward to new music. Now that we are more in need of positivity and entertainment than ever, hopefully DMX will bless us with a release date very soon.

#DMX hopped on #ToryLanez IG live to reveal new music is OTW (and to growl a few times ?)