Did 50 Cent just shock Michael Blackson when he brandished a weapon live on Instagram?

50 Cent has been going live on Instagram a lot more lately (like most other celebrities), and the businessman knows how to keep it interesting. Recently Fifty made an appearance on his girlfriend Cuban Link’s Instagram live and left quite an impression on comedian Michael Blackson. In the video that has gone viral online, Fifty is heard telling Blacksonm. “I’mma send you this,” he said before flipping his phone camera revealing an enormous bag of cash.

Michael being completely oblivious to what’s to come responded, “Oh yes, that will do.” Fifty continued, “Unbelievably stupid n***as… If they act crazy, mane. You already know,” he said while he slowly unveiled his semi-automatic. 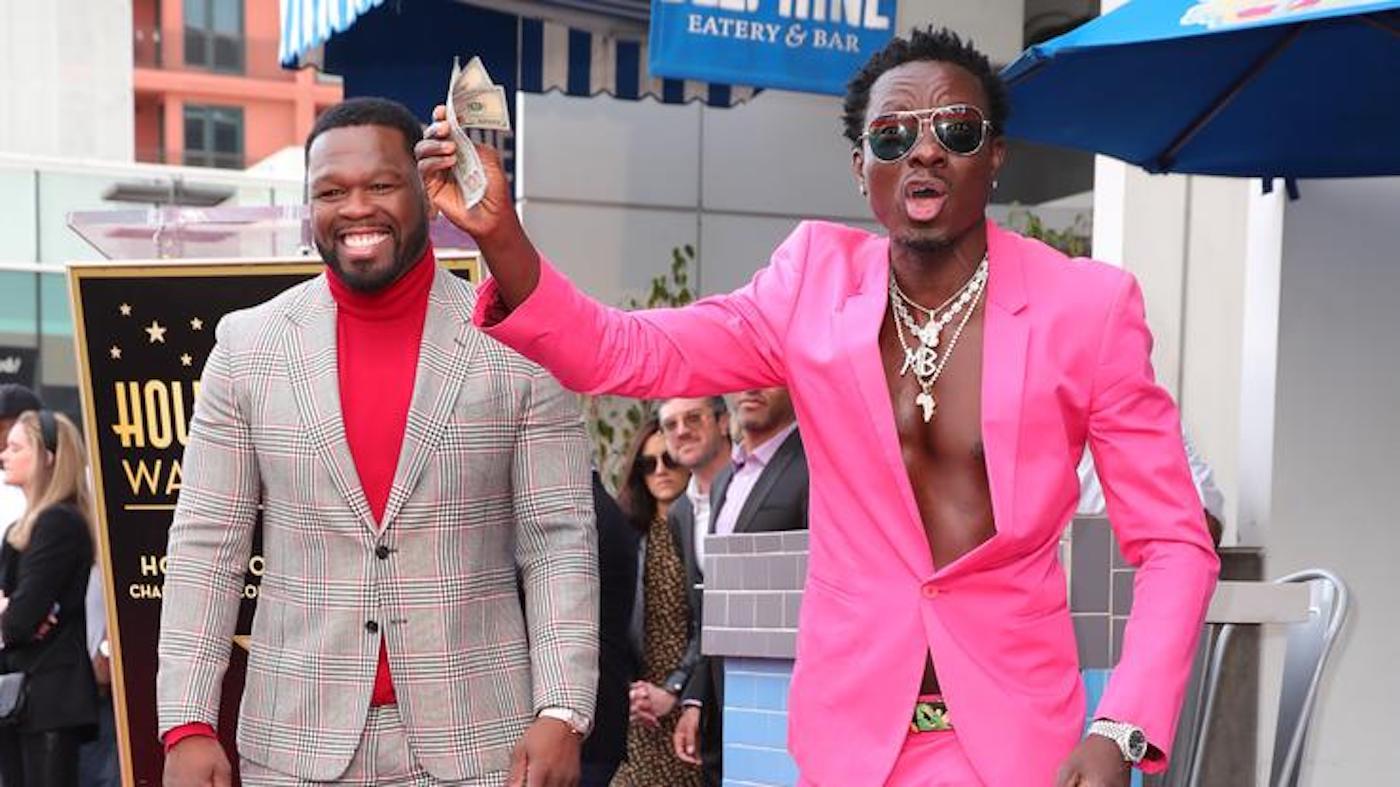 “They say they wanna purge? We gon’ purge. They got the wrong n****as,” the rapper told Blackson. “I know they hungry but they don’t want this. They don’t want this. I’ll bring it to you.” Michael Blackson looked genuinely shocked for at least a second as he watched Fifty show off what looks like an AR-15; his bulging eyes at the sight of the weapon said it all.

“Uh, okay. I’m here. I’m in Hollywood right off — you know where I live,” Michael Blackson awkwardly said in response. Cuban Link, who is the original host of the live, burst out laughing a second later. The model and 50 Cent sparked rumors that their relationship was on the rocks recently when Fifty’s Instagram was allegedly hacked by Cuban Link, and posts suggested that she had gone through his phone. “Fifty” later responded with a post of his own claiming the model “had to go” but clearly the two “are quarantined together” like she said they would be.

Cuban wasn’t even fazed by the gun as if it was a regular display. Fifty must have her rehearsing the escape plan. Check out the video of Fifty, showcasing a million in cash and his chopper.

My favorite couple @50cent and @_cuban_link