Houston rap legend Slim Thug issued a strong warning especially for young people after he was tested positive for the novel coronavirus.

The recent coronavirus outbreak, COVID19, is that silent assassin that everyone fears, constantly lurking in the shadows waiting for its next victim. It does not see class, status, fame or riches and that’s the reason that we are seeing so many celebrities being hit with the virus. With entertainers such as Idris Elba, Tom Hank, Kevin Durant, and Bravo’s Andy Cohen already contracting the virus, it seems no one is immune. Rapper Slim Thug joins the list as the first rapper to come out as being infected with the deadly disease.

The Houston rapper posted a video to his Instagram page revealing his diagnosis. He said, “No games being played alright. The other day I got tested for the coronavirus and it came back positive.”

The rapper was a bit shocked to know he still contracted the virus even though he was practicing self-quarantine procedures along with wearing gloves and masks. He did mention that although he did not do anything crazy he still went out to get something to eat. 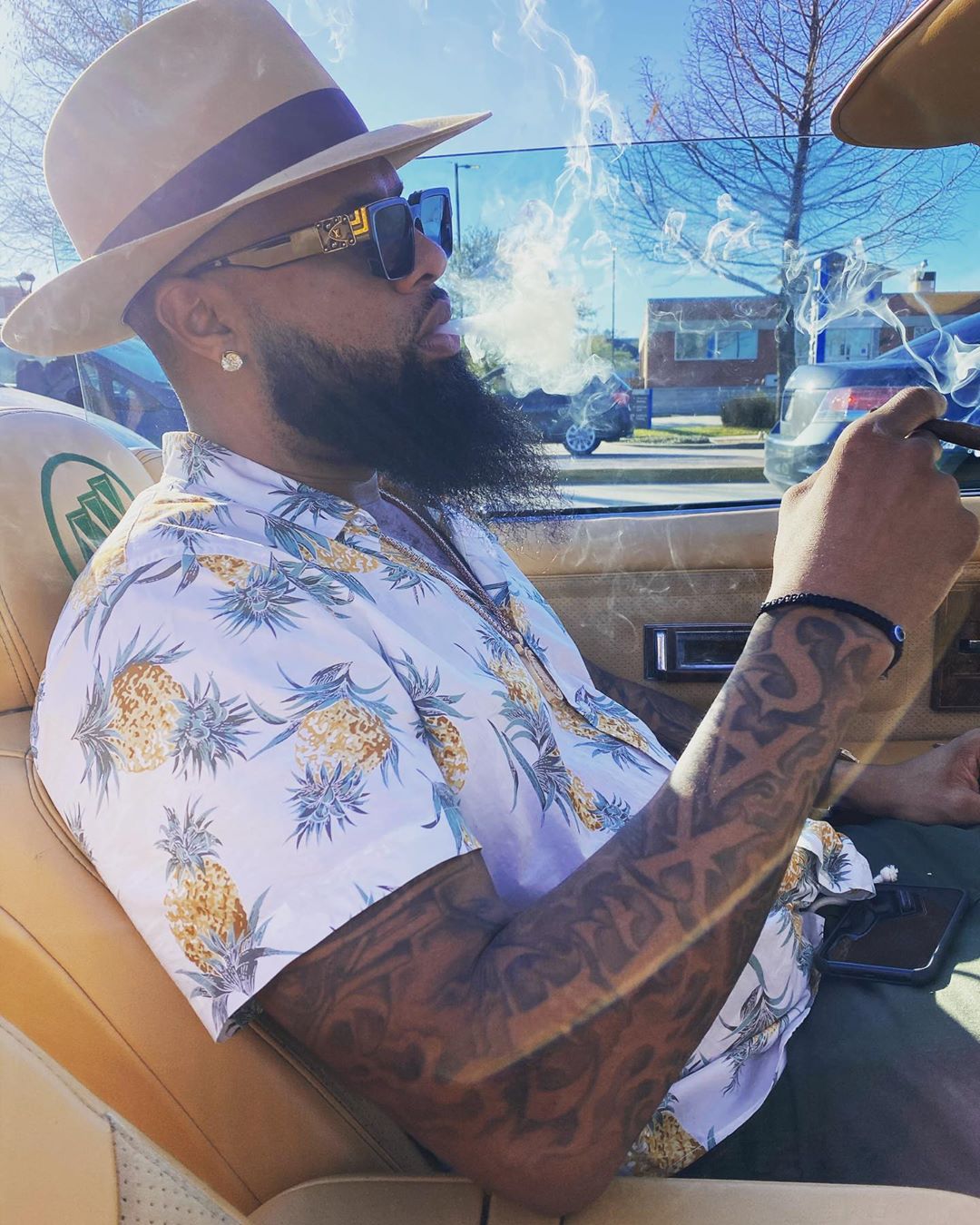 “My test came back positive so y’all gotta take this stuff serious. Stay at home, self-quarantine,” he said. “Do not come outside for however long they’re saying. If you have symptoms, you need to get checked out or whatever.”

He confessed that he is doing fine now, even though he was under the weather some time ago. “I’m good. I don’t got no problems right now. The other day I had a slight fever and a cough. I feel better now. I don’t have no fever,” he added. “I feel like I’m good, but y’all better take it serious. It’s real out here.”

A large majority of Slim’s 1.1 Million fans commented below his post, asking the rapper to stay safe and get well. However, a few others questioned the legitimacy of the rapper’s illness, claiming that he had been paid to come out as infected. Cardi B made similar claims just a day ago as her way to somehow explain how so many celebrities have contracted the virus. Slim was not for the false accusations and posted his ‘receipts’ to confirm the non-believers. He posted a video of himself in the doctor’s office as a nurse/doctor took samples from him.

He wrote in the captions, “Yesterday when I got tested for the dumb none believers.”

According to reports from CNN, Monday, March 23, 2020, was the deadliest day in the US fight against the virus, with the country recording over 100 deaths.

Just found out I got Corona virus