Swae Lee pulled off an awesome stage dive and crowd surf during an amazing quarantine music festival on Instagram live.

Rae Sremmurd’s Swae Lee kept his word about putting on a free show for all his fans on Instagram. The rapper gave us the kind offering last evening for those who are as of now stuck in self-quarantine, and fans cherished the moment they received the notification that he was live. The “Sunflower” artist actually did the most on Friday night when he managed to facilitate a full show set from an undisclosed studio while the greater part of the world is stuck at home in self-isolation.

The show comprised of almost all the things you’d see on the big stage including a stage jump, Swae Lee calling a fan up in front of the audience, and a few ladies tossing their bras at him (not so much but he displayed an exceptional talent to entertain with little props). The star even broke some pretty big news toward the end of his performance by announcing the name of his first studio solo album. 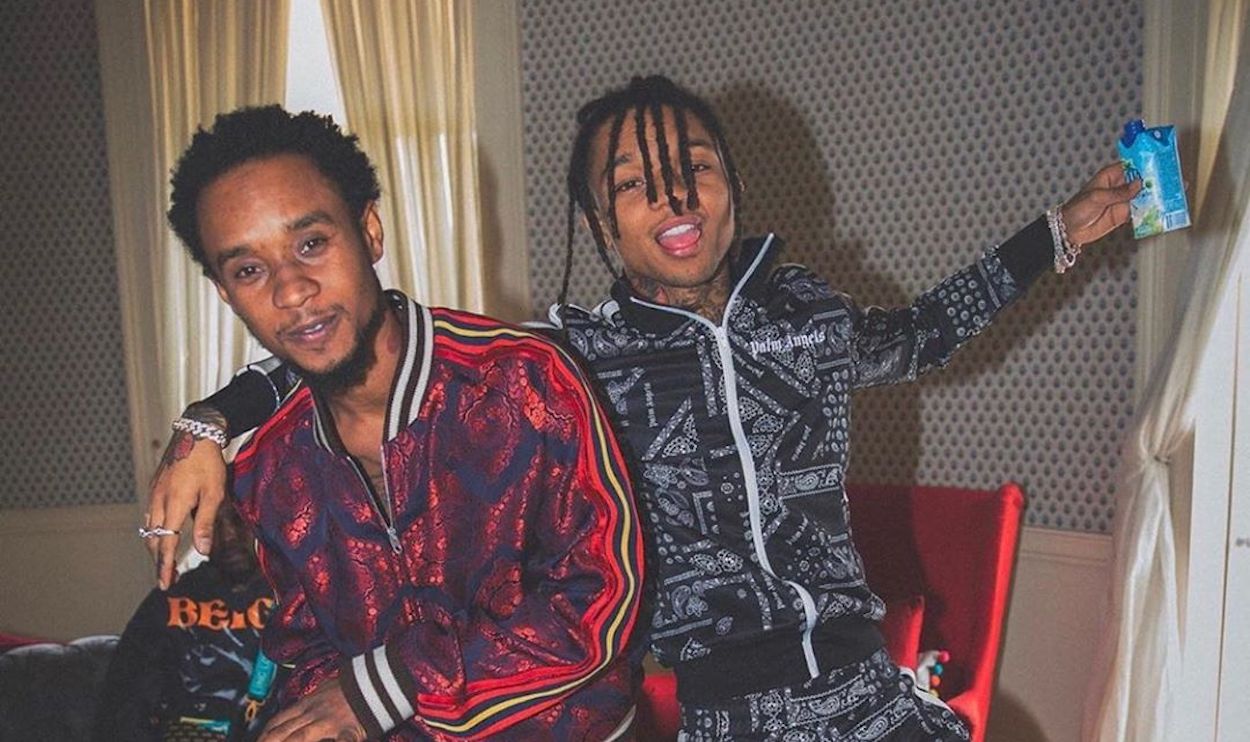 “I’ve been spending 18-hour days in the studio working on his album and I think this title is just so perfect for it,” Swae said on Instagram live as “the crowd” cheered. “The name of my album is ‘Human Nature,'” the rapper revealed.

Proving to be the bearer of incredible vibes, fans recorded Swae Lee as he skipped around a spacey studio and expressed gratitude toward everybody for being in the crowd of the “sold-out” affair. He continued to “crowd surf” — you’ll have to watch that one for yourself — and even brought a fan “in front of the audience,” a move that saw him inviting one watcher to flip their camera to selfie mode and join him on the live stream.

The Rae Sremmurd hook man put it all out there to engage with his fans and finished off the most epic stage plunge ever endeavored… ONE WITH NO PEOPLE TO CATCH HIM! At a certain point in the unprecedented show, Swae Lee actually hopped up on the gear and literally jumped onto the floor regardless of the fact that there was no one present to help break his fall. Being a genuine performer, he reproduced surfing on all the stretched out hands of fans by shimmying around on the floor. We call that committing to the part in showbiz.

Swae Lee made it a point to connect with the crowd watching from home, calling for explicit emojis to be used in the comments section as he performed. At one point, the rapper broke into his hit tune, “Somebody Said,” and urged the participating fan to dance and chime in.

Hopefully, it won’t be that long until Swae can get back on a real stage because he might break something the next time he tries one of his performing stunts in the studio. The rapper was on tour with Post Malone when the catastrophic coronavirus swept the nation, causing events and shows to be canceled and the masses to be left utterly disappointed. Fans have to appreciate the ones really holding them down in this time of isolation and boredom. Swae Lee is a real one.

#swaelee … you sir have elevated to ? status! Being the first entertainer to properly give us a legit concert on IG live for FREE in quarantine. If y’all were there this was ? status. He took it serious too and had mad fun wit the audience!