Jahvillani has been making the entertainment news for all the right reasons since the start of 2020.

The Wileside boss been steadily releasing songs and music videos and has been touring heavily, with one of his most recent international shows being in Canada. The latest discussion around Jahvillani actually centered around the fortune he has made from his years in the music business. While the reports have not yet been confirmed, Jahvillani is apparently loaded and is worth a whopping $107 Million. Sadly, the publication did not specify if this was in JMD or USD. Nonetheless, it is a handsome sum.

While the figure is truly magnificent and shocking at the same time, it sadly doesn’t stand up to the pressures of good investigation. One of the key pieces of evidence is that the website on which it was published draws information from Wikipedia. While the free encyclopedia does contain a ton of information, it is not always correct, since almost any internet user has the ability to edit its contents. 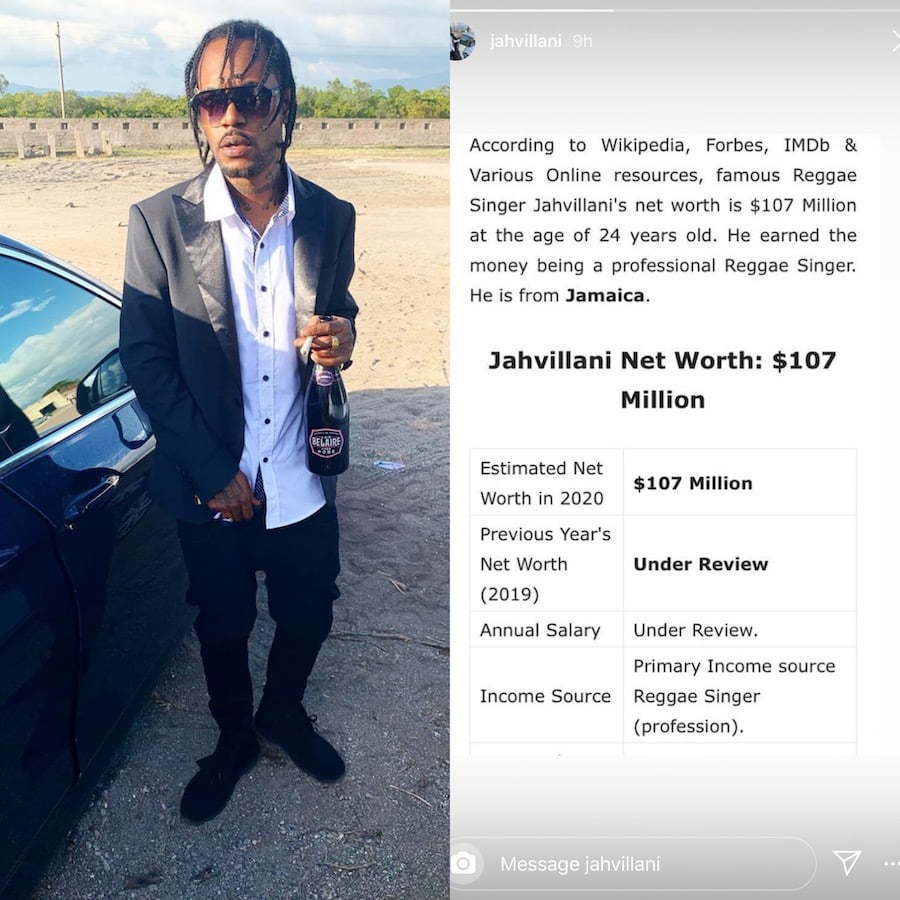 The website on which the information was posted claims the recorded figure was earned from his primary method of income, being a “Reggae Singer.” The data was also calculated for the period of 2019-2020. While Jahvilliani’s talents are not being questioned, it would be pretty hard to amass that much from music in the short time that he has been a main player in the industry. Maybe he has investments that us common folks are not privy to. After all, Jahvillani did give us a look into his stacks in the video for one of his recent tracks, “Rubberband.”

Sadly, the website did list the fortune as Not Verified, for now, it seems fans are sticking to the $1 Million – $5 Million net worth that was recorded for 2018-2019.

While his fans are not convinced about his most recent cunt, they are hopeful that one day he will be worth $107 Million and a lot more.