When you think Post Malone, you think face tattoos. However, it seems the rapper/singer isn’t running out of canvas space any time soon, and was able to fit a new piece of art featuring a circular saw blade with blood dripping down the left side of his face on his cheekbone. The new addition was revealed on Instagram by Junction City Tattoo’s Ruben Reza in Kansas City.

The saw is the latest addition to an arsenal of weapons featured on Post’s face, including a large sword and a medieval gauntlet holding a morning star flail. The gauntlet tattoo was posted as Malone’s “Last tattoo of 2019” and takes up a large part of the right side of his face. 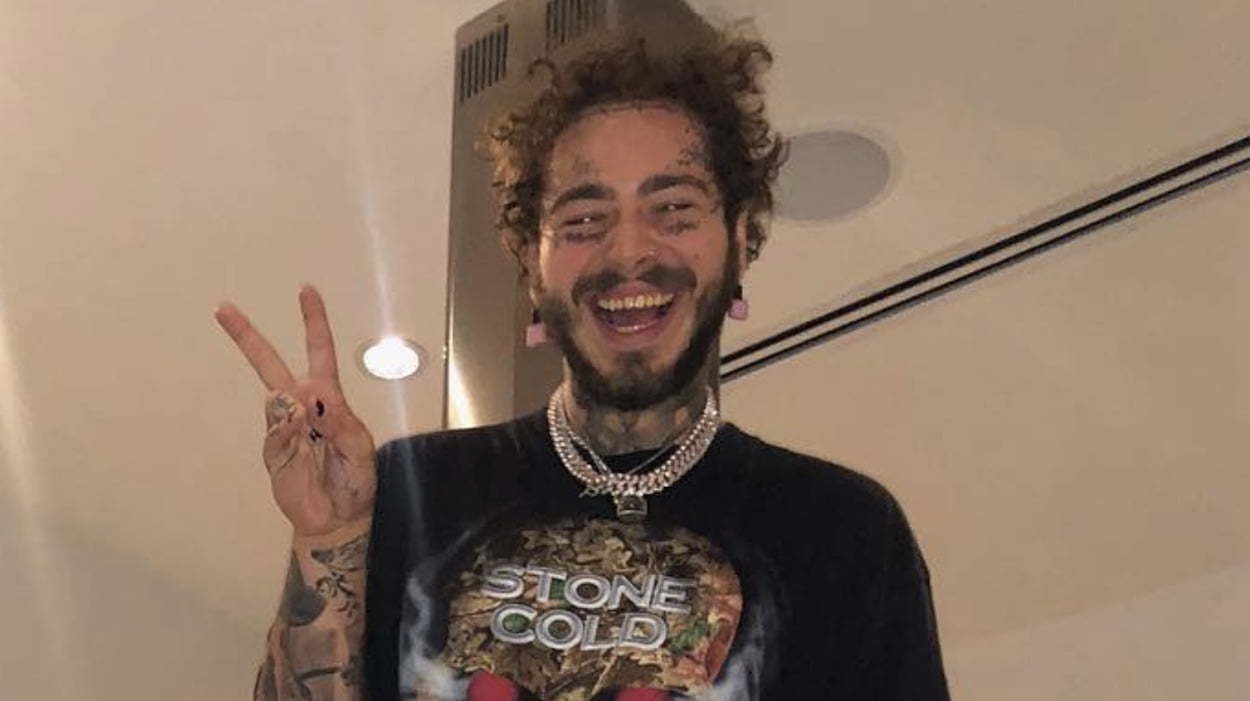 He addressed the medieval ink in an interview with Billboard last month, joking that he is “already ugly enough”. During the interview, Post expressed his excitement over being featured in a Doritos Flamin’ Hot Limon commercial that made use of his well-known propensity towards face tattoos by showing him getting a Dorito chip tattoo added to his collection.

It seems Doritos wasn’t the only company to see the potential marketing use of Post Malone’s persona, as Bud Light debuted a commercial during the Super Bowl showing the many voices in Posty’s head arguing over what beverage to buy, all of whom were rocking matching Post face tats. In case anyone is concerned, Post also told Billboard that his face tattoos don’t hurt much due to his “really puffy cheeks”.

Earlier this week, Post revealed that he is one of the features on Justin Bieber’s highly anticipated new album, Changes, set to be released on Valentine’s Day. The alternative rapper/singer is currently touring with Swae Lee and Tyla Yaweh for the Runaway Tour, and is due to perform next at the Enterprise Center in St. Louis.