Offset is out of jail after he was taken into custody yesterday in Los Angeles.

The Migos rapper, whose real name is Kendrell Cephus, was apprehended by the Los Angeles police at The Grove shopping center. According to TMZ, the official reports released by the police was that they received information that there was black male, dressed in full black, armed with a gun inside the parking garage. Upon arrival, the officers saw someone who matched the description getting out of the vehicle that was label revealed to be carrying Offset and his associates.

It was not a good day for the rapper, as a search of the vehicle was carried out, and the police located two loaded handguns. The police detained all four persons who were in the car since no one assumed ownership of the gun. Onlookers watched as the rapper and his associates were gathered by the police. A video currently making the rounds on social media shows an angry Offset, dressed in a full yellow tracksuit being pushed against the wall by a police officer who was apparently placing him in cuffs. During the incident, Offset shouts, “You not telling me to do sh*t,” as the officer tries to take control of the situation. 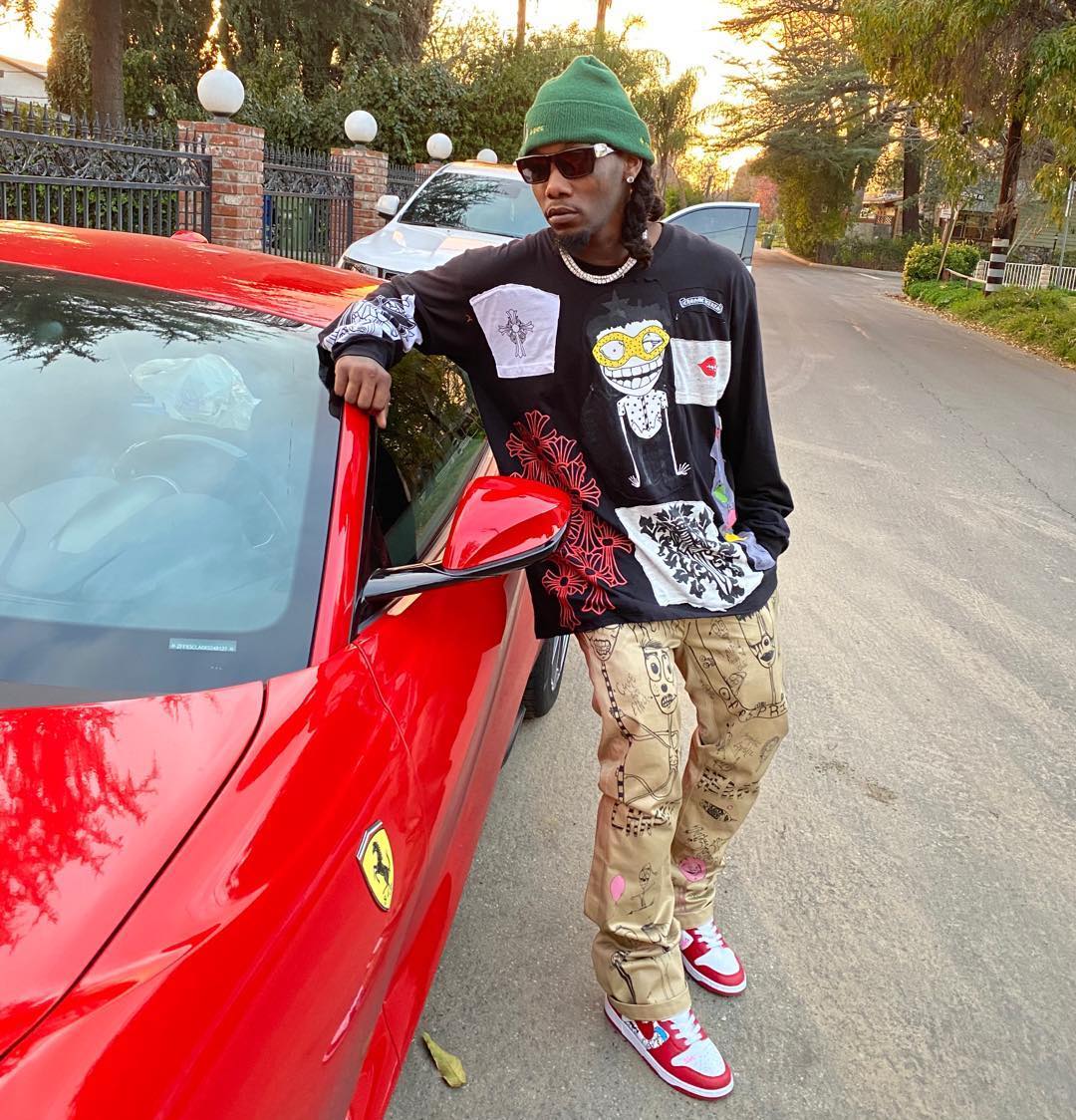 This was not the first time that Offset was being detained by the police. The rapper’s car was pulled over and searched during a traffic stop in Georgia back in 2018. According to police reports, the smell of marijuana prompted them to search the vehicle. That search also resulted in unfavorable results as three guns and less than an ounce of marijuana being taken from the vehicle. That incident saw Offset being slapped with two felony charges of possession of a firearm by a felon and possession of a weapon during a crime. The guns said to be those of the rapper’s bodyguard. Recently release police footage of the 2018 incident shows the rapper face timing his wife and his lawyers while speaking to the police. The rapper posted bail and was released from custody.

Offset was not charged for the most recent run-in with the police, and in a similar fashion, he was released a few hours after being taken into custody by the LAPD. TMZ was on hand to capture his release and reported that he had nothing but love for Los Angeles and its police department. They also reported that two persons were eventually booked for the guns that were found in the vehicle the rapper was traveling in. Apparently, the real perpetrators who the initial 911 call was made for fled the scene of the Grove’s multi-story parking lot.