K-Pop star Ailee responds to backlash after posting a selfie with Chris Brown and now Breezy is clapping back.

K-Pop star Ailee is receiving black-lash after posting a selfie with Chris Brown at the Grammy award show over the weekend. Reportedly, Ailee, a “once” fan of the megastar’s music, jumped at the opportunity to take a photo with Chris, who attend the award show with his five-year-old daughter, Royalty. Ailee then posted a fun, pouty-lipped selfie with the singer to her Instagram account, assuming the post would draw likes and positive reactions.

Obviously, Ailee assumed wrong. Many of her fans disapproved of the photo due to Chris’s history of domestic abuse. Ailee defending her post said she had no idea of his past. Followers found that hard to believe. Almost everyone was aware of the very public relationship between megastars Rihanna and Chris Brown that ended in 2009 after Chris assaulted the pop star on their way to the Grammys. 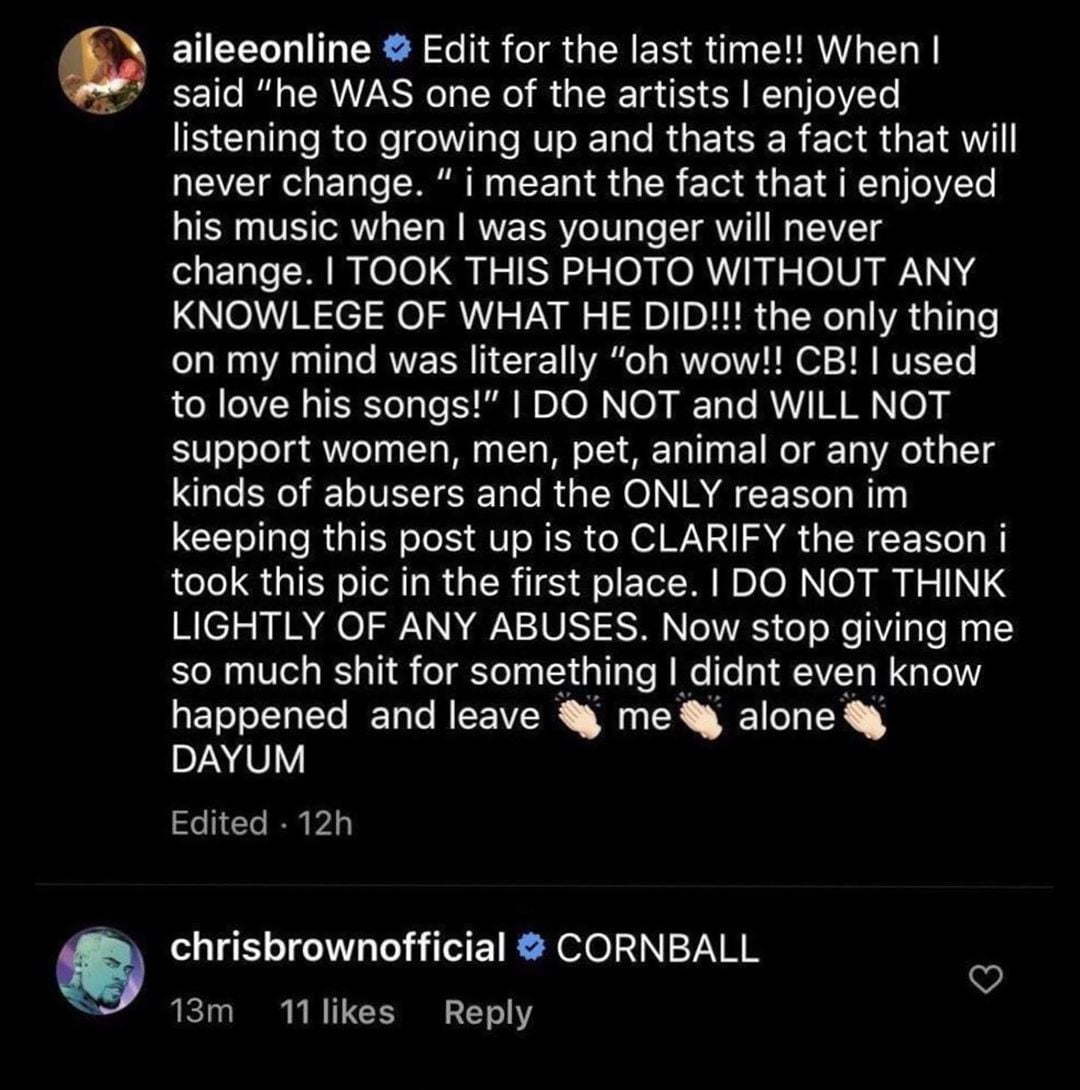 She quickly edited the post’s caption and wrote: “Edit for the last time!! When I said ‘he WAS one of the artists I enjoyed listening to growing up and that’s a fact that will never change.’ i meant the fact that I enjoyed his music when I was younger will never change,” she wrote. “The only thing on my mind was literally ‘oh wow!! CB! I used to love his songs!’ I DO NOT and WILL NOT support women, men, pet, animal or any other kinds of abusers and the ONLY reason I’m keeping this post up is to CLARIFY the reason I took this pic in the first place.”

She closed her caption by asking fans to leave her alone: “I DO NOT THINK LIGHTLY OF ANY ABUSES. Now stop giving me so much sh*t for something I didn’t even know happened and leave me alone DAYUM.”

Ailee, however, can’t seem to win. After editing her caption, her post was shared with the TheShadeRoom, where many users called out the International star, claiming her post was insensitive and declaring that Chris has earned a second chance.