Fans can get a peak into who Daniel Hernandez was before he became Tekashi 6ix9ine thanks to Angie Martinez.

The first episode of “Infamous: The Tekashi 6ix9ine Story” debuts on Spotify Tuesday with Power 105.1 radio host Angie Martinez narrating the rise and the fall of the infamous rapper from Bushwick, Brooklyn — who like the series puts it was “trying to make it by any means necessary.”

The first episode, “We Scums, We Not Slimes,” begins with Tekashi’s infamous interview on the Breakfast Club, where the brazen, young rapper declared that he was the “King Of New York.” At this point in his career he had just fired his entire crew, and feeling untouchable used the interview as his platform to mock his ex-crew of Nine Trey Gangsta Bloods, live on the morning show. Many fans still credit this moment as the beginning of the end for the rapper whose rise to stardom seemed to happen overnight. Days after the Breakfast Club interview, Tekashi was arrested on RICO charges, effectively placing his career on hold. 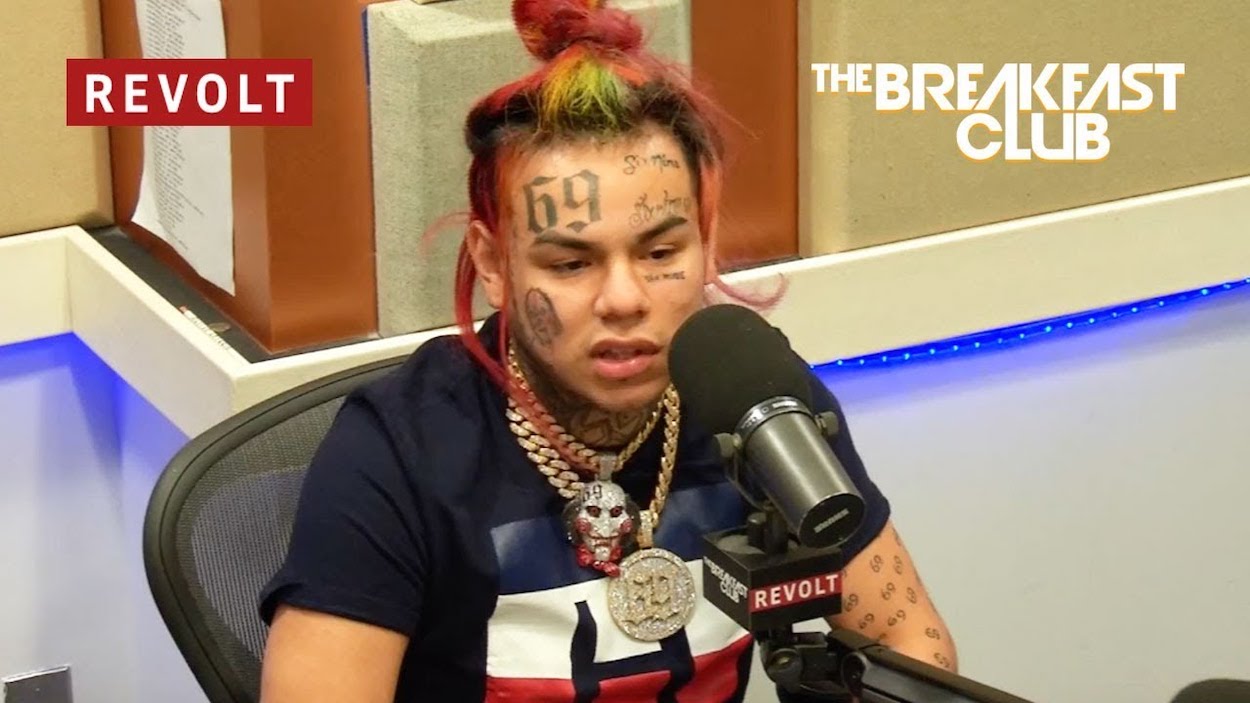 The episode then shifts back to how Hernandez ended up behind bars detailing a quiet Bushwick kid, struggling to find his next meal. Martinez recalls an interview she had with the rapper where he emotionally expressed that he’d “wear sneakers out of the garbage” and he “didn’t shower for two months.” She then presents the question could there have been an opportunity for intervention early on in Hernandez’s youth, “especially given the untreated trauma experienced at a young age.”

The new episodes in the eight-episode series will drop every Tuesday, exclusively on Spotify. In each episode, listeners will hear from a variety of people who helped to shape the problematic artist: the Scumgang members who mentored him, members of the Nine Trey Gangsta Bloods, producers, and the people who encouraged the rapper’s transformation from a Bushwick kid to the multimillionaire, colorful hair rapper, to a convicted felon.