Dame Dash has stepped forward to explain why he is suing Growing Up Hip Hop producers.

Dame Dash has been in court a lot lately fighting lawsuits from previous business associates, and even allegations of a sexual assault. Now, it looks like he has filed his own lawsuit against the company behind Growing Up Hip Hop. Dash is a part of the show with his son, 28-year-old Damon ‘Boogie’ Dash II. In the lawsuit, Dash claims that WeTV broke a verbal agreement that he had with them regarding the filming with his son, who has a history of substance abuse.

In an interview Friday morning with The Breakfast Club, Dash elaborated on what happened and made him want to file the lawsuit. He said, “They knew that my son had a problem with drinking… I asked them not to have certain people in the scenes with my son because they are triggers for him. The next scene [that person] is there with him. He hasn’t been the same since.”

In his suit, Dash alleges that his family has suffered “emotional distress” as a result of WeTv’s insistence that Boogie drinks alcohol on the show. 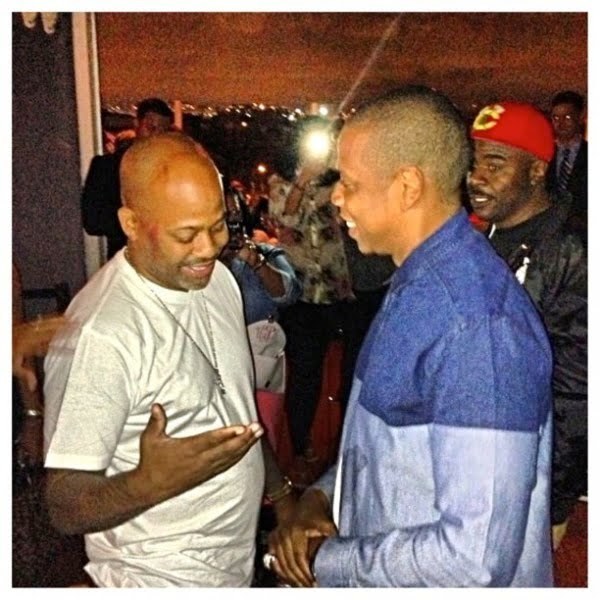 Another part of the lawsuit alleges that the network owes him for his work on the show. In court documents, Dash admits there’s a court order directing WeTV to divert all money to Dame’s creditors.

He claims We TV should not be withholding the funds, in this case, because the money is owed to his third-party company, Poppington.

In addition to his lawsuit against WeTv, Dash is being sued for sexual battery by a former photographer he worked with, Monique Bunn. Bunn is seeking 50 million in the lawsuit. She is also suing Raquel Horn, who is Dash’s fiance, as well as Poppington LLC and Damon Dash Studios, whom she accused collectively of theft by conversion and negligent emotional distress.