Bhad Bhabie recently announced that she would be taking a break from social media, but after less than a week, her biological father forced her to return with fury.

The 16-year-old rapper, whose real name is Danielle Bregoli, took to Instagram live in an angry rant after seeing a story about her absentee dad accusing her mother of abusing her. Some photos surfaced online that appeared to show Bhad Bhabie and her mother Barbara Ann in a physical alteration. The rapper’s dad then took to Facebook to say, “Then, there is a video of the mother with mental disorders hitting my daughter once more, and she was removed from her Instagram,” Ira Peskowitz wrote. “But it shows that the mother continually beats my daughter and the State Attorney’s office calls it Corporal Punishment! #Judge Delgado, you had no idea, and you have no idea what my daughter is going through now and in the past,” he continued. “You had the responsibility to protect a child and defend my parental rights… You failed,” Bhad Bhabie’s dad said.

The rapper, upon seeing this, quickly took to Instagram to defend her mom and call out for dad, who she claims cheated on her mother with strippers and other men for being a clout chasing money grabber. According to Bhad Bhabie, not only did her father walk away from her and her mom when she was only three months old, but he went off to marry a stripper who he’s raised two kids with. Bhabie says her dad refused to see her as a child and caused her mother, who is a breast cancer survivor, to be in constant distress and involved in court battles with him just to waste her resources because “he is a cop and he can.” 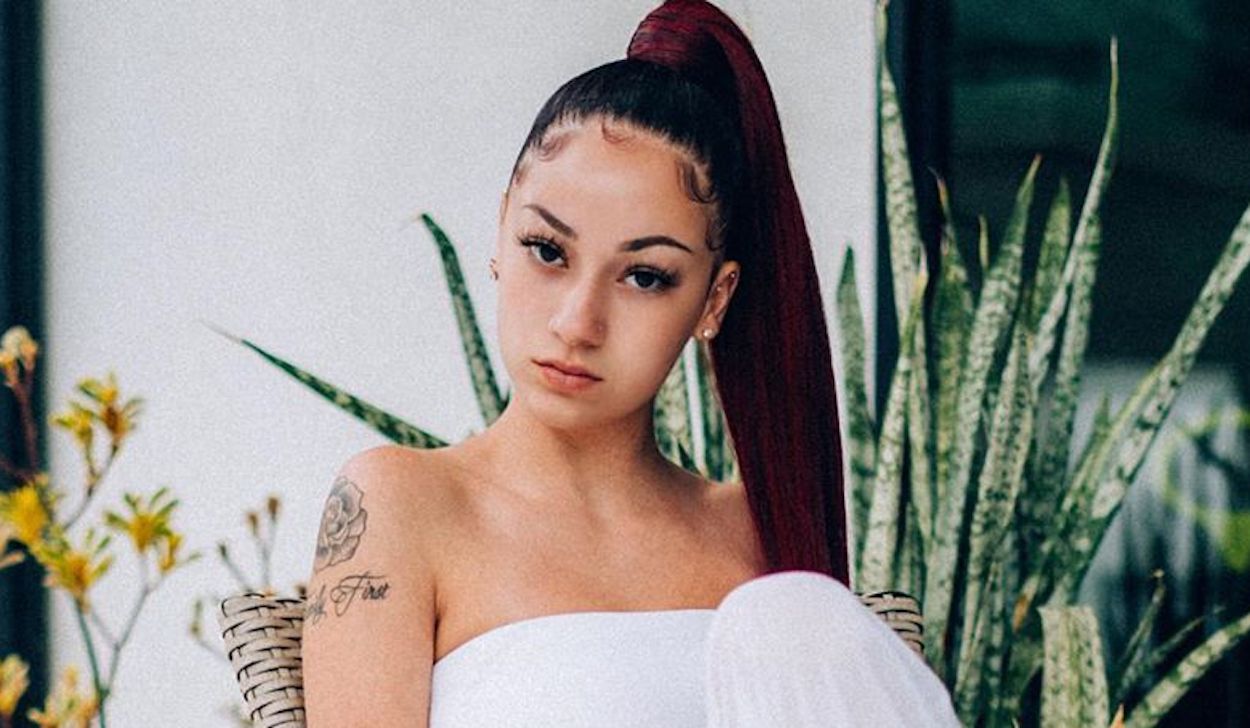 Bhad Bhabie defended her mother vehemently while she aired out the filthiest fabrics of her dad’s laundry. “This man has problems! This man never wanted to see me. This man only wanted to take my mother back to court for money – it was all about money. Everything was always about money with him,” Bhabie continued. “He didn’t never wanna pay no f***ing child support. He said, ‘Oh that’s not my kid, I don’t even see her, so I don’t have to pay child support’ but now that I’m famous you wanna dip your hand in my f***ing basket so bad? You wanna be up in my f***ing mix? This ain’t nothin’ for you,” she said.

Bhad Bhabie went on to say that her dad is unstable and shouldn’t even be working with law enforcement. “How could you have a cop on the street with a gun that gets paranoid and scared for his life sometimes?” Bhabie questioned. She also threatened her dad by saying she would run him over and that she wished he would die, adding that she would smack him herself if he spoke on her name again. The teenager was obviously very upset and outraged as she expressed how much she hates the man who she claims disavowed her all her life until she became famous.

Bhad Bhabie later added to her Instagram story, “I’m not doing this tonight…gn #seekhelp,” she wrote. The rapper also posted a meme suggesting that she is trying out her prison photos “because people be testing” her lately. Well, the last thing we want to see is this 16-year-old rapper in juvenile detention, so let’s hope she settles the issues within her family, or at least that her dad doesn’t try her again.

#PressPlay: #BhadBhabie went live tonight to air out her father for allegedly speaking on her and her mother. She also alleged that he has not been present in her life.