Popcaan’s Unruly affiliate and Quada has reportedly been arrested and charged with murder and arson.

Fans have already started campaigning to “#FreeQuada” who turned himself in to the Constant Spring Police department in Kingston on Tuesday. According to the statement released by the Jamaica Constabulary Force, Quada, whose real name is Shauquelle Clarke, “was charged for the murder of 30-year-old Miguel Williams in Sterling Castle Heights, St. Andrew on April 17, 2019.” Prior to his demise, the victim was accuse of the rape and murder of an 8-year-old child in April of last year. Reports are that irate residents mobbed and beat him before setting him ablaze and torching his home.

The decomposing body of Shantae Skyers, the 8-year-old girl that was reported missing after she failed to return home from school on a Thursday evening in April last year, was found five days later in the ruins of a section of the community known as Blue Hole after being raped and killed. 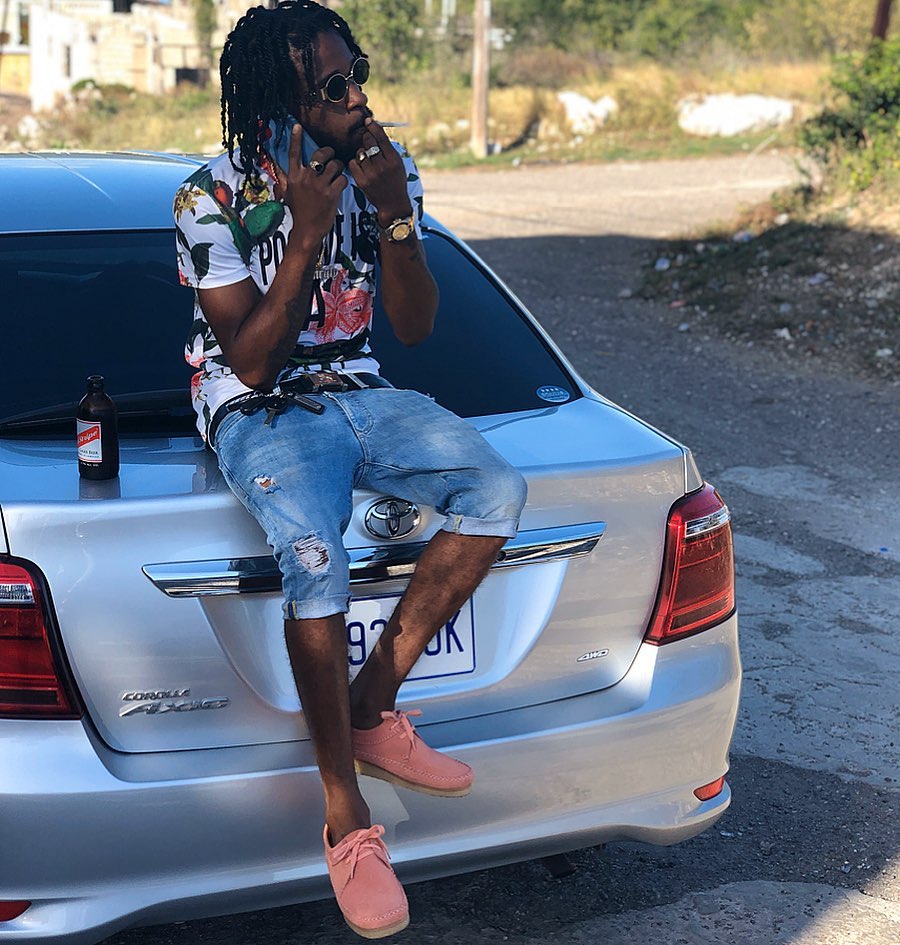 A total of three men were taken into custody and interrogated about the case, none of which were Miguel Williams, who is said to have mental challenges and police believe to be innocent. According to the reports at the time, no information was shared with the police to suggest that residents suspected Williams to be involved. Another man, Andrew Breakcliffe, who goes by the alias “Grinch,” was also charged with arson and murder late last year in the case of the mob-killing of Miguel Williams.

Since news broke that Quada has turned himself in and is reportedly being charged in connection with the mob killing of the sex offender, fans and other artistes have been very supportive. Popcaan, who is one of the biggest stars in Quada’s circle took to Instagram to post a photo of the “New Gyal Alert” deejay along with the caption “wul them enuh wild crocs GOD over every demon and devils yo bless fam just know that #UNRULY,” Popcaan wrote. Other members of the dancehall community like fellow artiste Jah Frass, another one of Popcaan’s protégés, also took to the comment to say, “Good over evil youth #godnaahsleep.”

wul them enuh wild crocs GOD over every demon and devils yo bless fam just know that???? #UNRULY

Just under a week ago, Daddy1 released a brand new collaboration called “We Rise” that features Quada along with several other artistes like Bakersteez, Intence, Jah Frass, and more. The split second that Quada has gone from appearing on new tracks to being in custody is still baffling to those unfamiliar with the story. We will keep you updated as this case develops.