Boxer Gervonta Davis and his new girlfriend, who happens to be Floyd Mayweather’s ex Yaya, were detained by police.

Well, here is something you don’t see every day. Floyd Mayweather’s ex-girlfriend Yaya and popular young boxer Gervonta Davis were spotted smiling in handcuffs on the streets of Los Angeles. Yaya and Gervonta Davis were captured on video being handcuffed by LAPD. While it is still unclear what could possibly cause these two to be together in this strange event, Gervonta and Yaya are visibly grinning ear to ear in the footage that has surfaced online.

In the viral video that documented what looks to be an arrest, Gervonta is seen in whimsical spirits, cracking jokes with Yaya leading them to both burst out laughing. As serious as the situation appears to be, the two were having a carefree ball cackling like hyenas, even causing one of the officers that surrounded them to look away in amusement. Though the conversation isn’t audible, it’s quite clear that Yaya and Gervonta did not appear worried at all about the fact that were seemingly being detained. 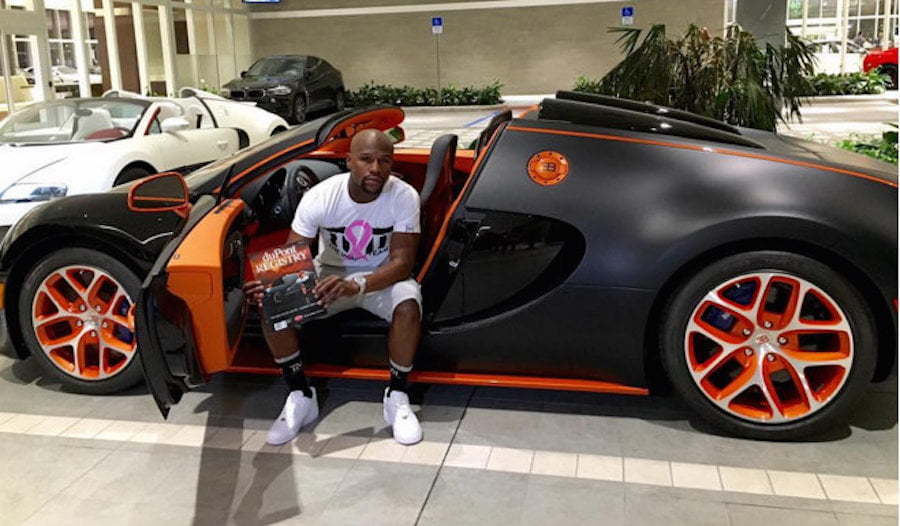 One fan who believed they deciphered the reason behind the lack of care on the handcuffed couple’s part took to the comments to say, “When you know you got bail money,” they wrote. Another theory came from a fan who is convinced that Floyd Mayweather’s ex and protégé are under a heavy dose of something. “They all tweaking tf he look high ash,” the fan wrote.

As the investigation is still in progress, fans have been speculating that Floyd Mayweather has something to do with the incident. I mean he is the common denominator so that theory is conceivable but sadly unconfirmed. “Floyd got them arrested,” the fan speculated. “When u had Floyd daughter and ex-girlfriend #floydskarma,” another fan shared.

We will keep you updated on these laughing handcuff buddies as more details emerge about the peculiar incident.

#PressPlay: Most people wouldn’t look so happy being handcuffed, but #GervontaDavis looks like he had no worries at all! Witnesses captured this footage of Gervonta being handcuffed in Los Angeles alongside #FloydMayweather’s ex #Yaya yesterday. Details are scarce right now, but we’ll fill y’all in as the story develops, #Roomies ?