Juicy J has apologize to anyone who he might’ve inspired to take drugs.

The 44-year-old rapper issued a public apology to anyone who he has inspired to do drugs. Juicy J has been rapping since the late 80s and is still going strong to this day. He was a founding member of Southern hip hop group Three 6 Mafia, which came together in 1991. The group’s catalog of tracks about weed and liquor is quite extensive and quite unforgettable. It’s hard to put songs such as “Weed Is Got Me High,” “Bin Laden Weed,” and “Where is the Bud” on pause once you start listening to them. How about Juicy’s third solo project which was released back in 2013, called Stay Trippy. There are more than a handful of quotable lines from Juicy, expressing his love for drugs, “roll me up an Eighth I need some inspiration,” or “Only thing I hate bout drugs is the preparation.” 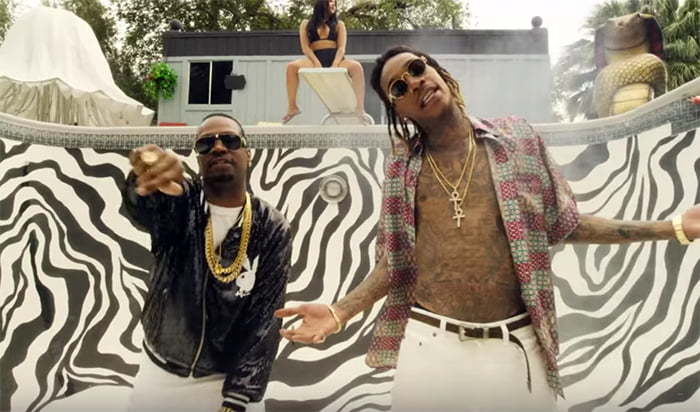 Juice passed away earlier this month from a seizure after swallowing pills in an effort to elude law enforcement personnel who were waiting to search the private plane he was traveling on. The death of the young rapper has left a stain on the hip hop community, forcing many persons to reassess their stance on drug use. In a tweet following the news of Juice’s passing, rapper Joyner Lucas blamed the new age rappers for the message they are passing on to their listeners. “He was a product of our generation of rappers who glorified drugs and made it cool. Im blaming Yal ni**az for this sh*t. all that lean and pills ni**az glorify and talk about. You teaching the kids to do it,” he tweeted.

20-year-old Trippie Redd also mourned the passing of his fellow rapper and vowed to not partake in the use of any other drug apart from marijuana.

Do you think it is too late for Juicy J to right his wrongs after almost 3 decades? Are rappers wrong for singing about their love for controlled substances? Music has been dubbed as the ultimate drug, therefore, lacing the music with potent lyrics to inspire to conduct the negative act may actually be at the root of many cases of drug use, especially in teenagers and young adults.

We’ll be keeping an eye out to see if this marks a catastrophic shift in the type of music we hear being released by Juicy J.

If I inspired anybody to do drugs I apologize