Wack 100 might be auditioning to be Tekashi 6ix9ine ‘s manager when he is released from prison next year.

Tekashi 6ix9ine will be released from prison within a year’s time, and his future in the industry seems bright, according to Wack 100. He also decided to not cast any blame Tekashi’s way for the whole fiasco involving the rapper and fellow Nine Trey Bloods members, which has seemingly left a bad taste in the mouth of hip hop heads everywhere. Wack was speaking with the “Hollywood Unlocked [UNCENSORED]” team of Jason Lee, and DJ Damage when he made the following comments: “6ix9ine’s gonna get out, he’s gonna move to Europe, he’s gonna be a bigger streaming artiste than he was before he left. This is what is gonna happen to him and in defense of 6ix9ine, 6ix9ine did nothing wrong.”

The hosts protested that the rapper should indeed be blamed. However, using one of the best or most in your face analogies that he could find, Wack proceeded to breakdown why no blame should be placed on the “Gummo” rapper. 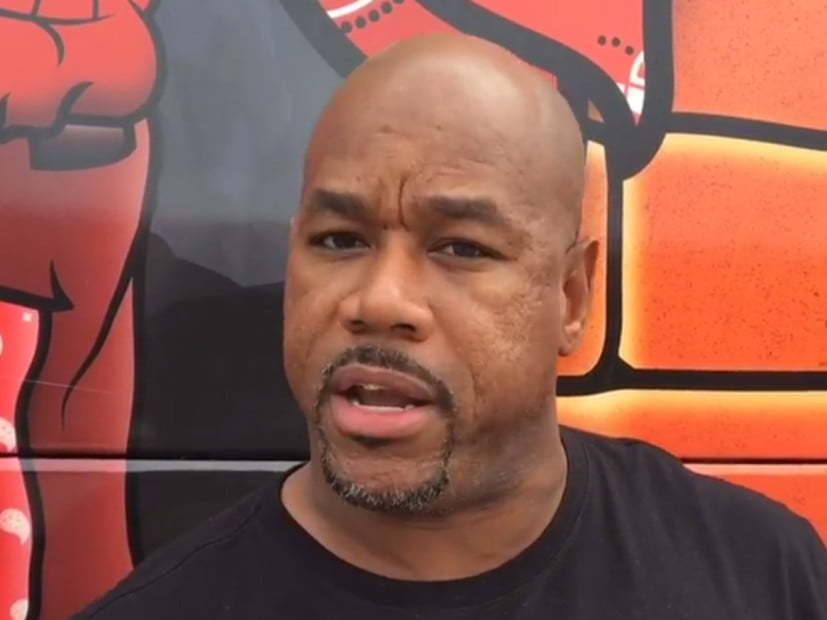 The characters of Wack’s short story include “straight men” played by himself and other men in the room. Meanwhile, the gay character was left to the openly gay host, rapper and entertainment personality, Jason Lee. Wack reasoned that if the gay individual was allowed into a locker room with everyone else and caused any mischief, it would be the collective who allowed him to enter who should be at fault.

This was clearly a shot at any rapper or person who backed 6ix9ine during his meteoric rise to fame. Tekashi has done work with high profile rappers Nicki Minaj, Bobby Shmurda, Tory Lanez, among others, effectively co-signing him as a legit player in the business. Should they be held responsible for the ‘stain’ Tekashi has left on hip hop?

With such a broad statement made by Wack it seems everyone would need to take some blame, whether it is that they were involved in the making of a video, production of a beat, securing the booking for a show, offered him protection and street credit or simply the streaming of his tracks. Also keep in mind that this is the same person who said that Nipsey Hussle is not a legend.

What are your thoughts on Wack’s statement?