Blueface might have some legal troubles on the way after a huge brawl at the club.

Blueface apologized on social media to an innocent bystander after being involved in a massive brawl at a Los Angeles nightclub Friday night. The “Thotiana” rapper posted, “Sorry to da girl who was hit ina crossfire I didn’t touch you personally but I will apologize on behalf of who did I’m sure they weren’t aiming for you I don’t even know you.” This was in response to a picture the woman in question posted of her post-fight injuries, which included a swollen lip. The incident reportedly occurred after someone tried to steal Blueface’s chain off of him and was then jumped by Blueface and his entourage.

The evening seemed to start as a relatively chill night on the town for Blueface when he arrived at the Blue Moon Hookah lounge in Downtown L.A. on Friday night. The rapper was wearing a lavish Burberry puffer coat and performed a short set on stage earlier in the night. 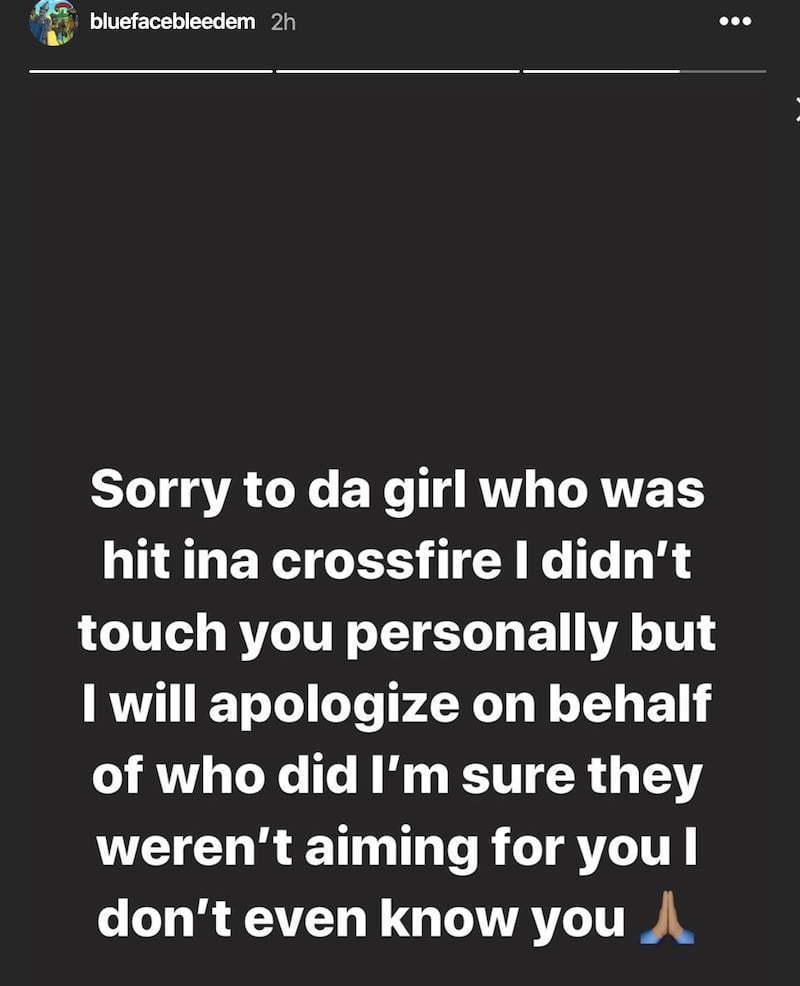 It’s unclear if there was a series of events that led to the brawl, or if the chain-snatching was all it took for things to pop off, but witnesses say the thief received a serious beatdown. Blueface and his crew left shortly after security broke up the fight. No police were called, but reports have surfaced claiming at least one person was taken to the hospital.

Blueface, whose real name is Johnathan Michael Porter, is not new to barroom brawls. The rapper jumped off the stage and into a fight between fans at a concert in Santa Cruz back in October and had to be forcibly removed from the situation by his own security. However, it doesn’t seem like he was looking for trouble before his most recent altercation, and his social media posts prove he is at least aware of the consequences of his actions.