XXXTentacion’s untimely death left everything in a mess, including his legacy.

Despite the controversy surrounding his personal life choices, the rapper was on the highway to megastardom. His friends and fans consider him a legend who left too soon. Last Friday saw the release of XXXTentacions’ posthumous album, Bad Vibes Forever. The release was marked by a peculiar celebration in Miami. Art Basel, widely known for the visual arts displays, set up an installation comprising of a multi-sensory exhibit.

For those who looked up to the rapper for inspiration, they considered the display as a shrine for the just-gone controversial rapper. Apparently, not everyone took some of the display kindly as the late rapper’s estate decided to showcase the car he was in when the attack occurred. Some tweeps argued that the vigil was just about the estate than the memory of the legend. 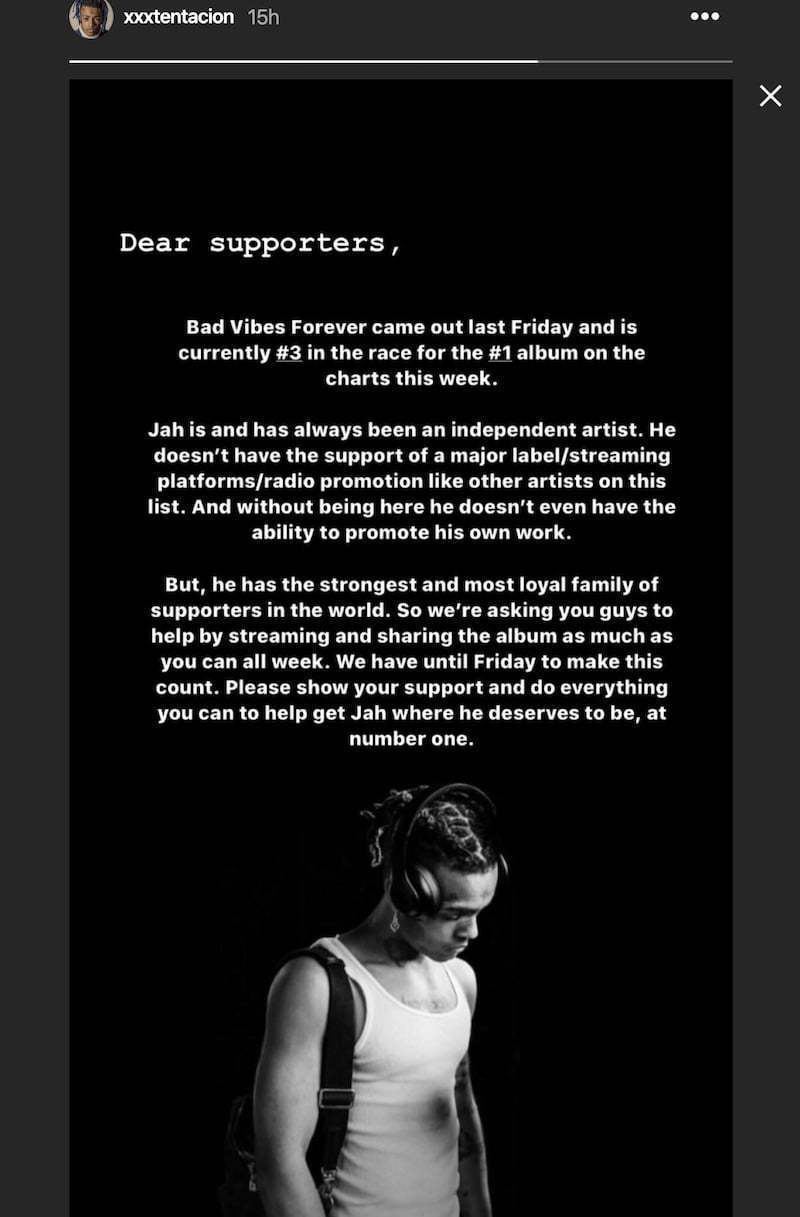 The celebration has brought up a new conversation as to how estates and record labels salvage their artists’ legacies after death. Part of the debate hovers around what constitutes as exploiting the deceased, rather than implementing their wishes first.

The shooting incident happened just outside a motorcycle shop located in Deerfield Beach, Florida. The debate over the rapper’s legacy will continue for a while. Before his departure, he was facing serious charges such as the battering of an expectant woman, false imprisonment and witness tampering. Luckily, hardcore fans don’t see it that way, their views are actually the opposite. They see him as a young man trying to turn his life around only for the worst to happen. Some even point out that his troubled childhood might have played a role in his delinquent behavior. Touching stories on how his music encouraged some to open up about their mental health or depression emerged.

Tell us what you think about his legacy.