The Future is bright — all white, in fact.

Congratulations and sips of champagne are in order as Future turned another year older yesterday. The Atlanta-born rapper, whose real name is the mouthful Nayvadius DeMun Wilburn, was born on November 20th, 1983, making the recent celebration his 36th birthday. The last twelve months have been fantastic for Future. In January of this year, the “Crushed Up” rapper released his seventh studio album, entitled Future Hndrxx Presents: The Wizrd. Received positively by both critics and fans, the album debuted at number one on the US Billboard 200 (becoming Future’s 6th number one album in the process!) and projected the artist to possessing the 10th most entries in Hot 100 history after several tracks from the album charted on the Billboard Hot 100.

Future could have totally stopped there, but the 36-year-old made 2019 even better by winning his first Grammy Award — that of Best Rap Performance for his collaboration alongside Kendrick Lamar, James Blake, and Jay Rock for the song, “King’s Dead”, from the soundtrack to Black Panther. 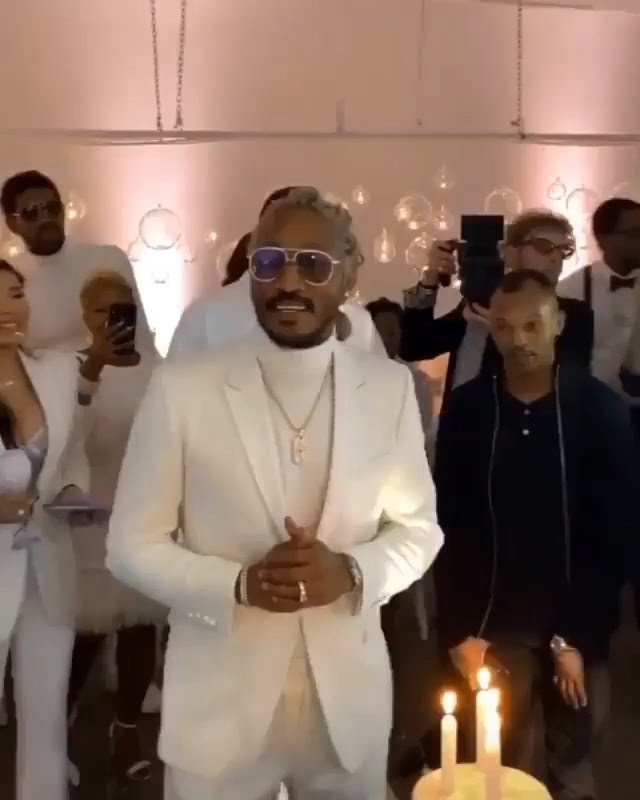 You’d be forgiven for thinking that Future’s birthday party was a wedding, with the man of the hour decked out in a crisp white suit and several female guests wearing dresses that closely resembled bridal gowns. The all-white event also included a multi-tiered cake with candles on top, which Future blew out to cue the chorus of “Happy Birthday.”

So who was in attendance at the grand affair? The rapper’s close friend, Shekinah, who chose to pay tribute to the birthday boy with a touching speech.

#PressPlay: #TSRBirfdayz — #Future celebrates his 36th birthday with an all-white affair and was joined by close friends including #Shekinah and his rumored old flame/new boo #LoriHarvey

“Happy birthday. I love you forever. We started out in the beginning. You know, I can remember days… a long time. But I’m proud of you. I can really say I’m proud ’cause I am. And I thank God. Thank you for being a good friend, being a call away,” the Love & Hip Hop: Atlanta star said.

Also in the crowd was Future’s rumored boo, Lori Harvey, who he is believed to have rekindled things with. And just in case you thought that was it, Future decided to treat his fans by teasing new music on his Insta — Forever or Never.

We’re here for it and hope the year ahead is even better than the last!