Macka Diamond showed her mettle as she dominated the stage at the Reggae Lovers venue in the city of San Jose, Costa Rica in Saturday night.

It was a sold-out show which saw Macka sporting her Caribbean blue hair and clad in a skimpy outfit, as her audience rocked and sang along with her, word-for-word, her hits including “Play Tune” which is highly popular in the South American country. Macka’s followers on Instagram were happy with her prowess, for having ventured into a non-English speaking territory where few Jamaican artistes have trod before.

There were some detractors though who contradicted Macka’s claims that she was the first female Dancehall Deejay to perform in Costa Rica. 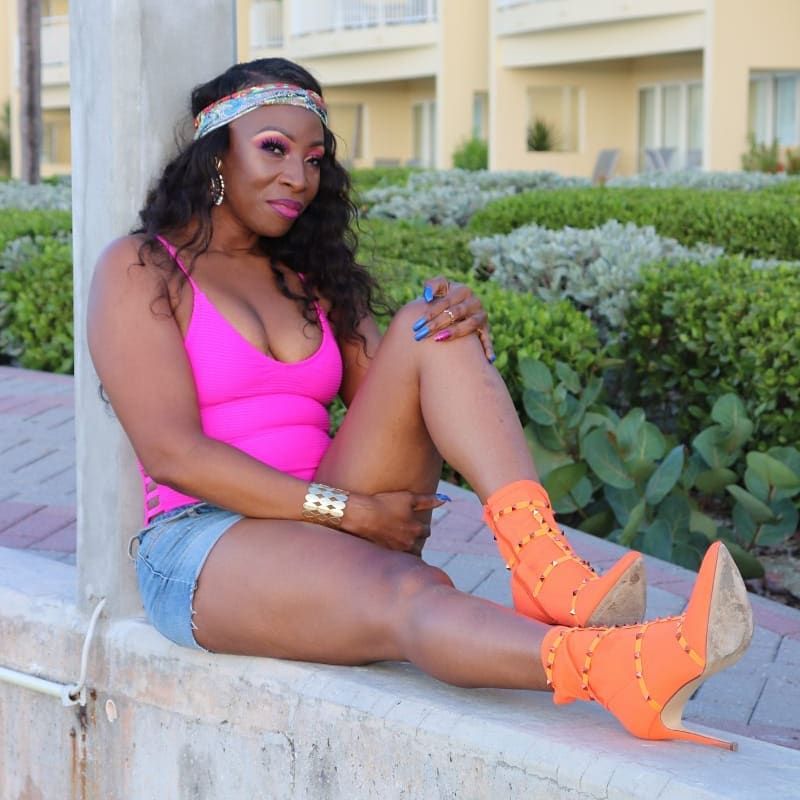 “I don’t have anything against her, but I remember seeing Tanya, Spice, J Capri, even this other girl that had a song with Red Rat and Goofy. I don’t remember her name, and that was back in the late 90’s,” one follower said. “No she is not the first female artist come here… but she is the first female artist to sell off a show by herself in Costa Rica of all time,” another follower noted.

Last week, Macka whose given name is Charmaine Munroe, told The Star newspaper that promoters in Costa Rica had been constantly reaching out to her to book her for shows, but it had not materialized until now. The Cucumber artiste had also noted that her Costa Rican debut is proof that her bid to continue to be a force in the Dancehall is a sound decision.

Hits pon top a hits till death me and me music part #dyedye in spanish and shell #costarica???? thank God for my talent my own try to bring me down but the world loves me a bayyy??????????????????????? #GodaGod #moneydiamonds?? @streetcredja @supahypeupt

Several weeks ago Macka also made it clear that none of her detractors would be able to drive her out of the Dancehall industry, as she remains in-demand globally, continues to benefit from her music royalties and still tours constantly performing in countries in which few, if any Jamaicans artistes have toured.

Macka, who recorded her first song at 16, said she decided to stand up and be counted because many female deejays in her age group, fall prey to criticisms and age discrimination and retire from Dancehall prematurely, while their male counterparts grow old in the business.

Macka also told the tabloid that her new hit single Cucumber has the potential to cross over, as Play Tune, which was originally a dubplate for DJ Coss from France, has done.

Upon her return to Jamaica, Macka will do her video shoot for Cucumber, which will be directed by Terminal 4 Media. Thereafter, she is expected to kick off her North American Cucumber Promotional Tour, for which she has already confirmed dates in Toronto, Canada, and several venues in the US.

Show sold out and they came for the #playtune #playtune and they got it #costarica???? thx for the love big up the producers of this track #playtune @fabriceraquil @djcoss972 love ya???? @supahypeupt @streetcredja #hot #booked #country #foreign #house #club #fullhouse #hotness #moneydiamonds??