La La Anthony says she hated to leave the hit series Power after her character Keisha got a shocking death. Warning spoilers in this story.

If you haven’t already watched Power season 6, episode 8 on STARZ, be prepared for some major spoilers ahead. Since the episode aired Sunday, the internet and Power fans have been in a frenzy over the latest death of a major character Lakeisha Grant, played by La La Anthony. Lakeisha found herself stuck between choosing between loyalty to her boyfriend Tommy (Joseph Sikora) and the safety of her child. In the end, her fate was decided by her former best friend Tasha (Naturi Naughton), who shot and killed her when she suspected Lakeisha was going to snitch on the St. Patrick family.

La La stopped by The Breakfast Club Tuesday to talk about her tragic departure from the show she’s been a part of all six seasons. “It sucked,” the media personality/actress said. “It was a moment. It’s definitely not easy to watch yourself get a bullet to your head. That’s not the easiest thing to watch. And also you know, for some people, it’s like “Oh, Keisha died.” For me, that means it’s the end of my job.” 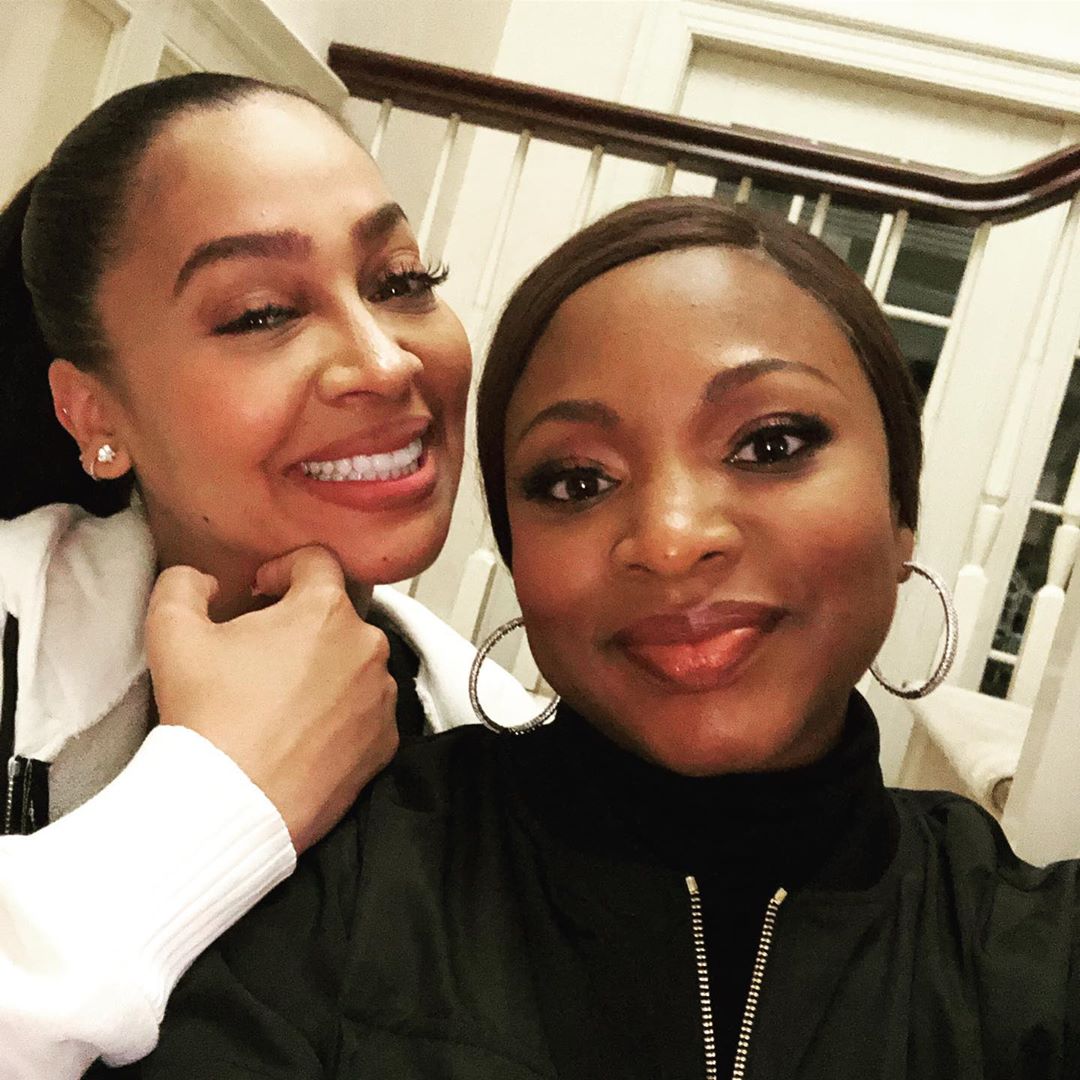 La La, who is married to NBA star Carmelo Anthony, said the show became such a huge part of her life, and it will be hard to walk away, but she is satisfied with how her character went out. “All good things have to come to an end at some point, and it made sense in the story. And my thing is, if you gone leave a show, you wanna leave a show with a bang, literally…”

“You want people to talk about it. You don’t want to just, like, disappear and nobody cares about it. I feel like this is a moment that people will always talk about.” She added that even her son she shares with Carmelo, Kiyan, 12, was shocked to see the ending. La La revealed she usually doesn’t allow her son to watch the show because of his young age, but for her final episode, she allowed him to view it. Kiyan called the moment “intense.”

When Power creators Courtney Kemp and 50 Cent sat her down and talked her through the idea of having her character killed off the show, La La said she understood their decision and felt it made sense for the final season. “It’s a show that people die, you just never know when it’s going to be your chance. And to be honest, Lakiesha lasted a long time. That character was never supposed to be that big or grow to that. That character was just supposed to be on the sidelines. So to see where Lakeisha started and where she ended is just a testament to the fans who fell in love with her, the fans who hated her, the fans who just wanted to see more. So I’m so appreciative of that.”

La La admitted she was emotional they day they shot the scene, which was a few months back, but since then, she has had time to process the emotions. She said she was proud of the reaction the moment got from fans and social media. She also admitted that in real life, nothing and no man comes before her son, and if it came down to protecting him, she would snitch on whoever was in question.

Several cast members of the show posted their “condolences” to La La’s character after the episode aired and spoke highly of working with La La for the last six years. But for all Lakeisha fans that loved what La La did with her character, they can catch her in a new role on Showtime’s “The Chi.”

SPOILER ALERT??Last night was so emotional for me. This was hard to watch?I want to thank @50cent & @courtneyakemp for giving me the chance to bring LAKEISHA GRANT to life. I’m forever grateful to the two of them for believing in me. @naturi4real you are an amazing talent and an amazing friend. Im so glad we took this ride together?? @josephsikora4 I thank you everyday for the work we did. You are phenomenal! That final scene, when you walked in and dropped to your knees…WOW. You pushed me to grow as an actor & a person. I was honored to be your KEISHA. I’m going to miss working with you so much? @omarihardwickofficial & the the rest of the POWER cast and crew my love for all of you runs deep. We are a family??and finally to the fans of Power. I love all of you so much??Thank you for taking this ride every season with us. You have made Power a show people will never forget. Thanks for riding with Lakeisha. Whether you loved her or hated her…I appreciate you so much. Love really makes you do crazy things???From the bottom of my heart Thank you. Thank you. Thank you ????RIP LAKEISHA GRANT… I love you?? @power_starz #powertv #lakeishagrant

Tonight’s episode was hard to watch! @lala you have been so amazing to work with and I’ll never forget our journey as #BFFs on this show! ?? Lakeisha’s role may have ended on #PowerTV, but you and I will Always Be Friends! I’m so proud of you girl! Watching you grow and seeing you shine has been a true joy! Love u ?? #LakeishaAndTasha4life #icried #DayOnes ?? #RIPLakeisha

This is a celebration of craft, talent, friendship and love. Six seasons of comradery, growth and stories. Love you @lala ??.