It appears Mavado has been hitting up the gym a lot lately, so much so that “Walking Trophy” singer HoodCelebrityy has taken notice.

Mavado has been the focus of public attention recently though it hasn’t been all positive. The deejay took to Instagram a couple of days ago to proclaim himself the winner of the 2008 Sting Clash between him and Vybz Kartel. Fans unanimously disagreed savagely trolling Mavado in the process. Another post of his, however, is getting some positive feedback.

Last week he posted a photo of himself sitting in a chair during what appears to be a shoot for either a music video or a movie, he did not state. The post was simply captioned, “Good Morning.” His fans immediately took the opportunity to show him some love, including his female fans who littered the comment section with various love emojis. Among those fans was fellow deejay HoodCelebrityy who did not shy away from making her thoughts known. 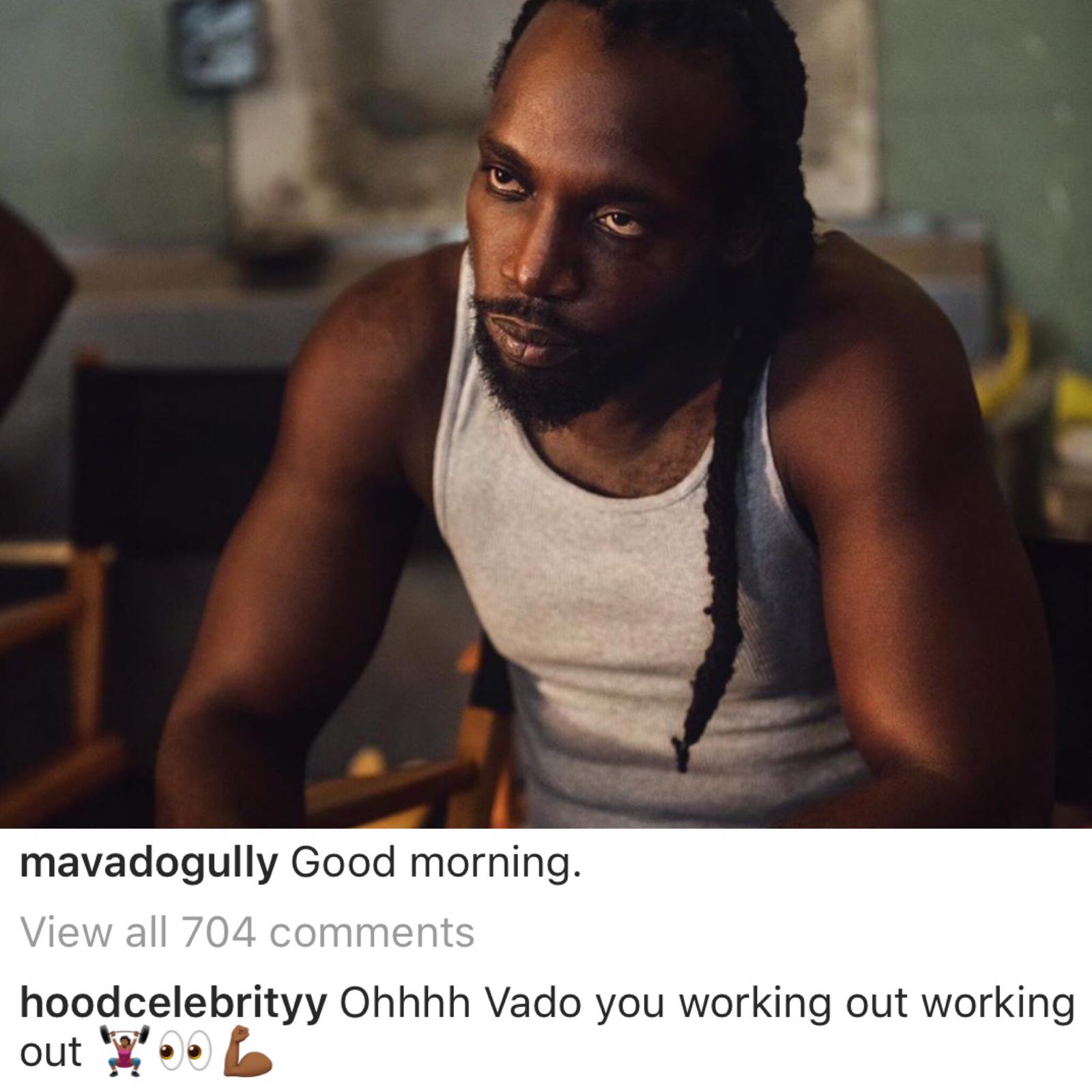 “Ohhhh Vado you working out working out,” she commented followed by three emojis including the “side-eyes” emoji which is commonly used when you find someone attractive. Her comment has gotten a lot of likes, and one fan took the time to inform her that Mavado is married.

Her comment was most likely innocent. She has been stepping up her social media presence as of late with the recent release of her song “Bum Pon It” which now has a Bum Pon It Dance Challenge that she is currently showcasing on her page. Fans have been loving the track which currently has over 500 thousand views on YouTube, and they have been pleading for a remix that they are hoping to have either Stefflon Don or Popcaan featured on.

Check out the Bum Pon It Challenge on her Instagram page.