J. Cole says he is done doing features… for now, we hope.

J. Cole has already cemented himself as a hip-hop icon, and he only made his case stronger in the last year, hopping on feature after feature and quite frankly obliterating anyone else on the record. It became a thing. The North Carolina artist who we weren’t used to hearing from often, especially not as a guest, began intentionally making his way on to song after song with a wide range of artists from 21 Savage to Royce da 5’9” to 6lack to his old pal Wale. But Cole says his run is complete and he will no longer be featured on anyone else’s music.

After releasing a new song “Family and Loyalty” with Gang Starr, a duo made up of DJ Premiere and late rapper Guru, Cole took to Twitter Friday to share the record and also say that this feature would be his last. “This a honor to be on this song. NEW Gang Starr. This is the last feature you’ll hear from me,” he said. “Thank you to everybody I got to work with during this run. @REALDJPREMIER This song a classic, thank you. RIP GURU.” 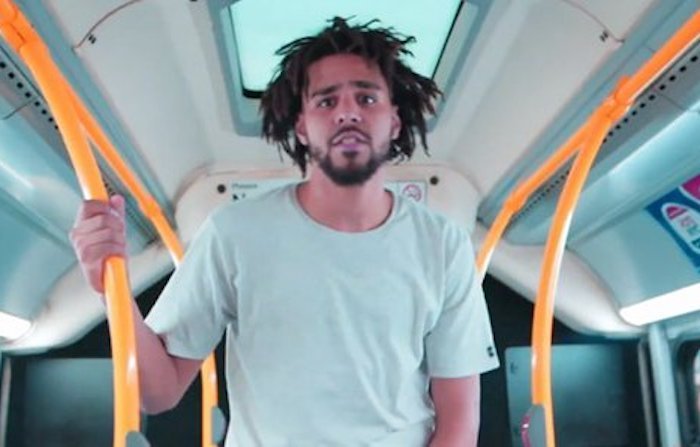 This is sad news for his fans, but this is not the first time the MC born Jermaine Cole has retired from the features game. In 2017, he made a similar declaration and rapper Joey Bada$$ shared the news that Cole was done with features during an interview. Thankfully for the Dreamville fans, that wasn’t the case, but maybe this time around he really means it. Faithful listeners already know that Cole has made a habit of not having features on his own projects, and the line “J. Cole went platinum without any features” has been a running punchline on social media since the success of 2014’s Forest Hills Drive.

So maybe the 34-year-old will switch it up for his next solo project and ask some of his rapper friends to return the favors. But fans have plenty of Cole featured material to indulge in for the time being.

This is the last feature you’ll hear from me. Thank you to everybody I got to work with during this run. ??@REALDJPREMIER This song a classic, thank you. RIP GURUhttps://t.co/MMBI5Z2Fcq