Young M.A might have been okay with being called a lesbian before, but the rapper no longer wants to be labeled.

The “Ooouuu” rapper has been doing some press lately to promote her upcoming album’ Herstory In The Making’. She stopped by Hollywood Unlocked to discuss her career with Jason Lee and the team. She discussed several topics including the possibility of starring in the remake of the iconic movie “Set It Off,” her beef with Kodak Black as well as her past relationship and sexual orientation.

When Lee said, “You’re a lesbian,” hoping to have the label confirmed, the rapper responded, “No, I’m just Young M.A.” Lee then asked, “But you wouldn’t date a guy?” to which M.A replied, “Absolutely not. That’s it. I just wouldn’t date a guy.” On the topic of labels, the rapper said, “Nah bro, I don’t like that. At first, I thought it was like — cause everybody said it but now I’m like – I’m just Young M.A man. I just don’t date dudes. I love women.” 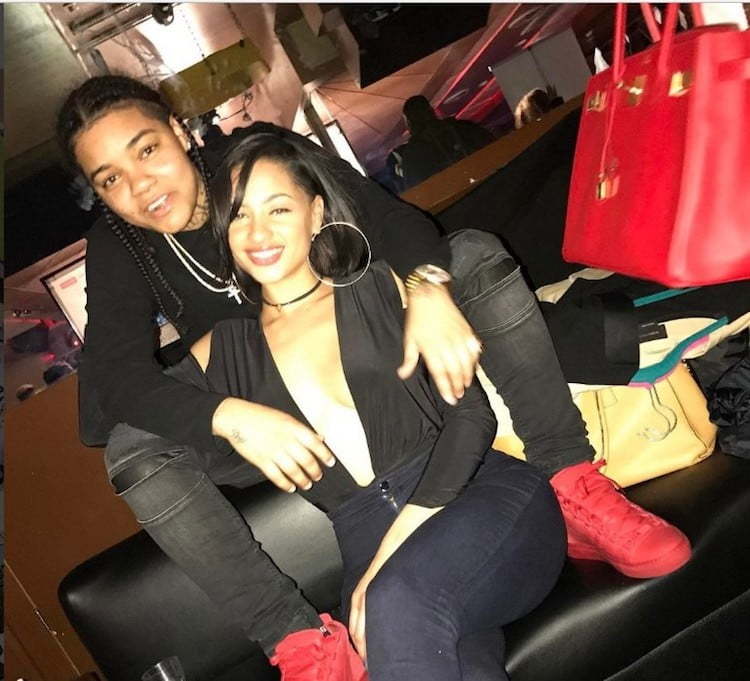 The rapper went on to say that she is not a fan of the “female rapper” concept either and prefers just to be referred to as Young M.A, an artiste.

The Brooklyn rapper publicly dated Instagram model Tori Brixx last year. They started seeing each other in October 2016, but the relationship seemed to have gone sour some time in 2018 without anyone noticing. It wasn’t until Brixx popped up with rapper Rich The Kid that people realized that she was no longer with Young M.A. In the interview with Jason Lee, M.A denied that cheating on her ex-girlfriend was what caused the romantic union to end.

Young M.A talked abut being an openly-gay rapper in an earlier interview with Hot 97 in 2017. According to the rapper, she’s heard that she’s an inspiration to fans of every sexual orientation. “Not even from just gay people; from straight people,” she said. “Regular people just be like, ‘yo, you inspire me, I don’t even care about your sexual preference.'” Now that the New York rapper no longer wants to be labeled a lesbian, will some members of the LGBTQ+ community question it or be all for it?