International dancehall legend, Sean Paul, was recently interviewed by Yasmin Evans for BBC Radio 1Xtra and the result was a truly phenomenal experience.

Sean Paul grew up in Kingston, Jamaica, with one of his favorite spots being the national stadium pool. He joked that his parents probably met and created him in that very pool. His grandfather was on the first Commonwealth team; his mom was a Backstroke champion and his aunt a breaststroke champion. He used to sit in the stands and fling lyrics, and he recalled that he used to listen to dancehall and hip hop at 10 years old with one of his favorite artists being Super Cat. He went on to explain that swimming and water polo taught him humbleness and how to set goals.

Upon visiting Tuff Gong Studios, the pair began to delve into the extensive musical catalog that is Sean Paul. The singer, whose real name is Sean Paul Francis Henriques has over 20 years of hits under his belt.

His first big UK hit song was “Gimme Di Light.” At the time he had a song “Make it clap” with Busta Rhymes that was making rounds in New York. Whenever he would visit the clubs there, he would be given bottles of liquor. The dancehall icon stated that he wasn’t living that type of lifestyle in Jamaica, where he was used to drinking Guinness. But in New York people used to approach him and say, “Yo Mr. Paul, I bought you a bottle, you da baddest” and that is what inspired him to make “Gimmie Di Light.” He sang, “Just gimme the light and pass the dro. Buss anotha bokkle a moe.” He went on to mention that it first took off in Trinidad and Miami before Jamaica.

Seani B, who is a DJ/presenter, explained the concept of juggling. There is one riddim or a backing track, and from there you have 20 cuts or 20 different songs. As a DJ, you have 5 or 6 songs that you shift through for a single riddim, and that is called juggling. On the “Playground Riddim,” there were hits from Mr. Vegas, Beenie Man (Who Am I) and then Sean Paul’s ‘Infiltrate.’

At Dutty Rock studios, Sean Paul explained that back in the day, kids didn’t have the time and means to meet and gather as a band, but they had the talent. Therefore producers used to have different artists voice their own version on the same riddim. Sean stated, “When you hear a riddim that you really like, and there are different projections on it, some talking bout girl, some talking bout party, some talking bout King Selassie and you’re getting all these meditations from this and you can ask any Jamaican DJ or rapper how they come up with those lyrics and is the riddim tell you. So it’s so interesting, it tells you how to flow on it, and it tells you what you must say on it.”

Seani B then discussed the “Filthy Riddim,” which boasts songs such as Mr. Vegas‘ “Heads High” and General Degree’s “Traffic Blocking.” “Name another genre where a producer can make one riddim track and have 10 to 15 different cuts for the audience to say that’s my favorite,” he says.

Interviewer Yasmin went on to say, “Dancehall music comes from within the dancehall. Turn up to any party in Jamaica, and you will immediately see the importance of dancing.” Dancer Pretty Pretty showcased Chi Ching Ching‘s “Rope.” The most important quote from the entire documentary is from Seani B. He said: “Jamaica is like the Disneyworld of music.” He added, “You have got Disneyworld type of characters inside an event in Kingston, 5 6 7 8 9 10 of them and Sean Paul’s crew is definitely a part of that, The Get There Squad, that Sean Paul and Chi Ching Ching has they’re out there in the streets.” 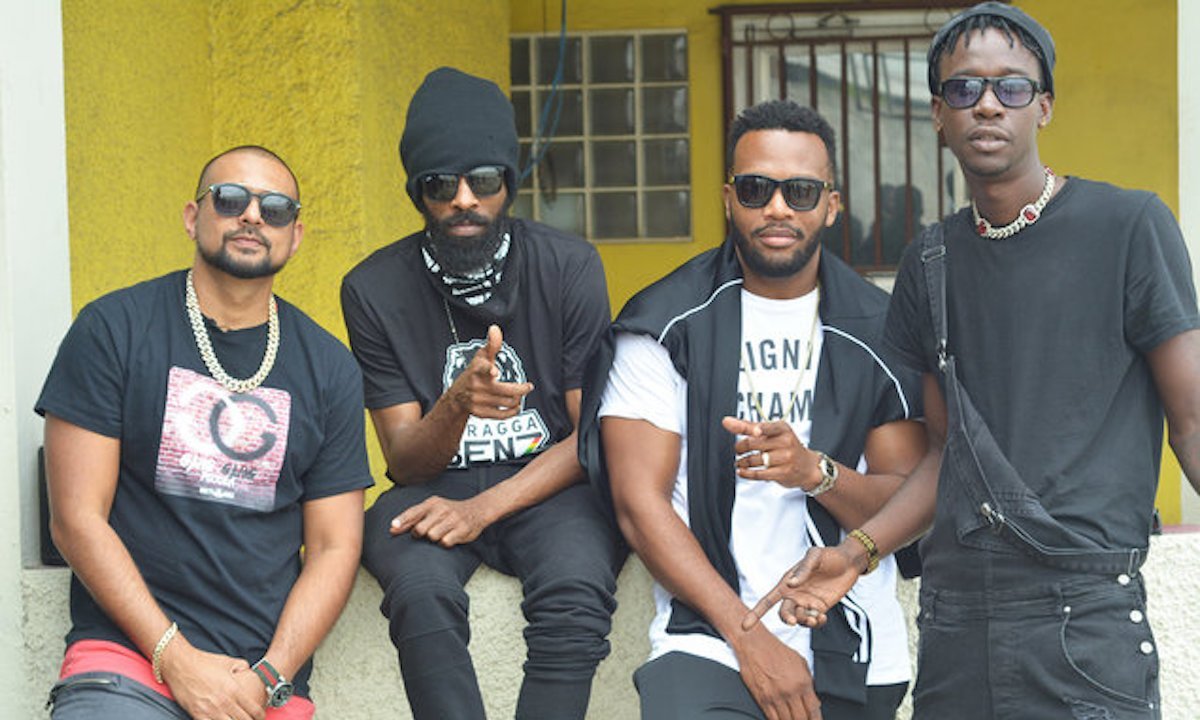 Popular dancer Chi Ching Ching then elaborates, “In Jamaica, we teach them. We have like events seven days of the week and each day you have like three events in one day. Those parties is where we go to promote our stuff and teach the people dem to do the moves, so everybody catch it from there, and that’s how it spreads. So it’s called promotion. To me you have dancehall, dance, d a n c e, so you have to dance in the hall.”

Seani adds, “That helps any song that you put out there because if u have a particular dance to the song and that dance catches on before you know it you’ve got a fire record.” Dancer Pretty Pretty strongly supported his statement saying, “To have a song and then to have a dance for it, very important.” She then showcased the moves for Sean’s “Gimmie Di Light.”

DJ Toddla T explained that Sean Paul has a knack for getting persons moving, so he stored him in his crate that is used as his panic box. He elaborated that Dutty Paul’s music instantly fills people with joy. Sean Paul has such a catalog of music it would take hours to get through. ‘Get busy’ , was done by him and his brother Jiggs on the Diwali riddim. It was one of the biggest dancehall riddims and was produced by Lenky. It sparked hits such as Wayne Wonder “No Letting Go” and Bounty killer “Sufferer.”

Another fan stated that if you listen to Assassin, Vybz Kartel, and Capleton, it’s hard to understand, but Sean has a way of delivering music that it sounded passionate and clearer. To that, SP says, “It’s the language. I can speak in a little tongue that is easier to understand.” Hits such as “Get Busy” and “Like Glue.” For the “Dutty Rock” album which he won Best Reggae Album in 2004, he says, “I knew I would make bangers to go in clubs but not to win a Grammy.” He then mentioned that Supacat is like his ‘father ‘ in the business.

Not long after winning his Grammy came the “Applause Riddim,” which coined hits such as Sizzla “Run Out Pon Dem” and “Crazy Frog.” Sean explained a part of the lyrics to “Temperature” on that riddim. He stated that in January 2005, it was cold for Jamaica. Cold both in the weather, and the way we were treating each other.

Singer, Naomi shares that Sean Paul got a lot of flack for his background, for where he came from in uptown Jamaica. She states, “You can come from anywhere and represent. Jamaica doesn’t have one face we are out of many one people. He has broken that barrier.” With his hits such as ‘Baby boy’ ft Beyonce, ‘Breathe’ ft Blue Cantrell, ‘No Lie’ ft Dua Lipa and songs with Little Mix, Clean Bandit, Anne Marie and Sia he has become a massive international success. Actor Jake Gyllenhaal says, “You would be stuck in traffic, and he comes on, and you want to dance.” Anyone would want to collaborate with Sean Paul as he brings a unique energy to the record and makes it more credible. His song ‘Rockabye’ ft Clean bandit and Anne Marie currently has 2.1 billion views on YouTube and is in the Top 30 most-watched YouTube videos of all times.

In 2019, he was invited to BBC Radio 1 in the UK. Introduced as the biggest if not one the biggest artists from Jamaica, the “Dutty Yeah” artist killed it on stage, singing his latest hit “Boasty.” Sean Paul is a legend!! All those hits, especially the early ones… He’s maintained a standard that has made him popular and loved.

The time taken to watch this documentary is well spent. Sean Paul’s music is magic. Let us know what you think about “A Life In Riddims” documentary.