Erica Mena says there’s a difference between friends and TV associates and she and Ms. Nikki Baby were never true friends.

Love & Hip Hop: New York star Erica Mena posted a throwback video clip Friday of she and her now-fiance Safaree on an old episode of Scared Famous. In her caption, Erica reflected on the fact that she used to curve Safaree a few years ago, and now the two are engaged to be married.

“Can’t believe I was curving my soul mate all that time,” the 31-year-old reality star wrote. “Ladies it’s the man you think isn’t your type. The man who is there and you over look. Look at me now. On the road to being MRS. Safaree Samuels. Thank you God. Thank you #ScaredFamous.”

But fans quickly pointed out that around the time Scared Famous was being shot, Safaree was dating fellow Love & Hip Hop cast member, Ms. Nikki Baby. Instagram user @slimpretty87 commented on the post saying, “Well you were curving him bc he been with ladies you were cool with. Nobody wants their friends sloppy seconds,” referring to Nikki Muddaris. But Erica was here to clear things right up, saying she never considered Nikki a true friend, to begin with. 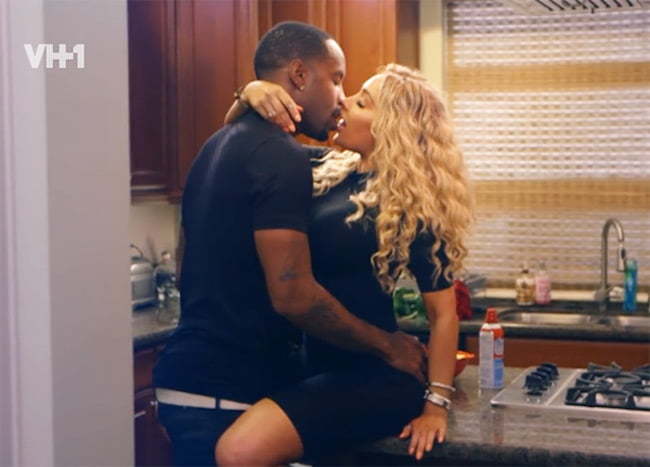 “He never dated an actual ‘friend’ of mine. TV associates don’t count in my book,” she replied. Another fan, @soleil0916 hopped in the convo to challenge the notion that Erica and Nikki weren’t close. “You was chillin with Nikki in LA at her house. I remember yall live, cuz she was on then you went on and I’m like wtf can yall just go on live together.”

But Erica doubled down on her stance that she only considers Nikki a TV associate and basically a coworker. “If you can write – you can read,” she replied. “Like I said TV associate and definition of FRIEND have two different meanings. None of my FRIENDS have dated my fiance. Now carry on.”

Safaree and Erica have been an item since last year, and Safaree, known for being Nicki Minaj’s ex-boyfriend, proposed to Erica on Christmas Eve. The two have had a rocky engagement, however, and it came out that Safaree was entertaining another one of his exes, a crime for which he issued a public apology. Yet, the two decided not to call off the relationship and based off Friday’s post, seem to still be going strong.

Flash Back FRIDAY ?? The definition of A REAL REALITY LOVE STORY ?? Can’t believe I was curving my soul mate all that time. ?? Ladies it’s the man you think isn’t your type. The man who is there and you over look. Look at me now ??? ?On the road to being MRS. Safaree Samuels ???? Thank you God. Thank you #ScaredFamous