Jamaica’s first international Queen of the Dancehall, Patra has stepped out of the Dancehall, into the culinary domain, and now, she has gone into television showbiz and is set to stamp her authority as the queen of the kitchen. The “Workerman” artiste a longtime culinary pro has decided to put her deejaying and wining skills on pause for the moment, as she shows off her much-talked-about cooking skills, Jamaican style on camera.

“Today I wrapped the final scenes of the pilot of my cooking show ‘Hot and Sexy Cooking with the Queen,'” the 46-year-old artiste posted on her Facebook page on Tuesday.

Patra, whose given name is Dorothy Smith, has been operating one of the most sought after eateries in Kingston, Chateau 7, at Red Gal Ring in Stony Hill since March 2015. It has grown into a place which has become the stomping ground for many superstars who travel to the island’s capital. 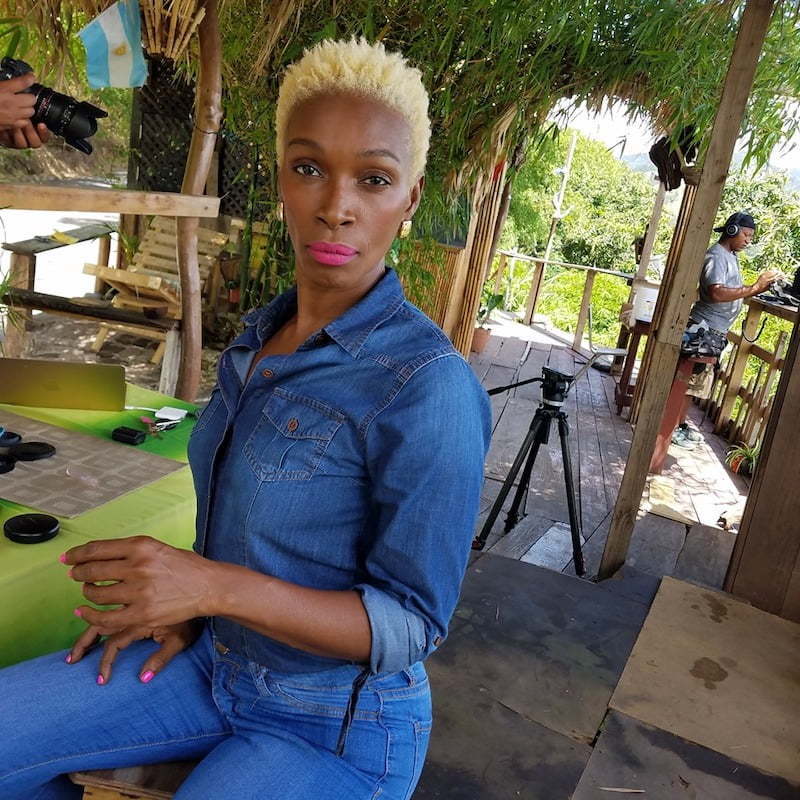 Stars like German reggae singer Gentleman, Emmy-nominated actress, Victoria Rowell, Jeffrey Wright of Casino Royale and many dignitaries and local artistes have stopped by to eat in recent times. Over the past several weeks, the artiste, now entrepreneur has been posting photo highlights of the filming process for the show but has not given much details about what the format will be.

Sections of the show, filming for which started in April, was shot at Chateau 7 as well as at a beach and other locations. The artiste first mentioned the cooking show in early April, announcing as well that her long-overdue cookbook, as well as new music, were in the making.

Patra has been cooking from the age of eight, back in Westmoreland, where she grew up. Even during her heydays as a globe-trotting international superstar, she would sate the appetites of her colleagues at Sony Record company and Vibe magazine, as well as her compatriot Shabba Ranks, with some real Jamaican cooking.

The entertainer, who brought the Butterfly dance to the world, studied culinary arts while on a sabbatical from music. She very much prefers to do a farm-to-table type cuisine, as for her, it is crucial to keep all her ingredients fresh.

Patra is word famous for her long plaited braids which have now attracted the name “Patra Braids.” She shot to stardom in the late 1980s and peaked in the mid-1990s with the release of her two classic albums, Queen of the Pack which was certified Gold by the Recording Industry Association of America, and Scent of Attraction.