Cam’ron got some stuff off his chest about his breakup with ex-girlfriend Juju.

The Dipset rapper put on his petty cap on Wednesday when he responded to a post that Juju made that was seemingly in response to a post he made about females posting twerk videos. The Love and Hip Hop: New York star posted a comment on the post on TSR where she wrote, “Whew chile.” Cam’ron and Juju dated for several years before calling it quit in 2017 in what was a bitter split at the time. They’ve now moved on, but it appears there is still some bitterness involved.

While Juju has spilled some tea about the reasons behind their breakup, this is perhaps the first time that Cam’ron is publicly addressing the split. There were a lot of rumors floating around claiming that he broke up with her because she was too boring and the relationship was not fun anymore. The rapper dismissed those allegations as false, saying that was not the reason behind him pulling the plug on the relationship. 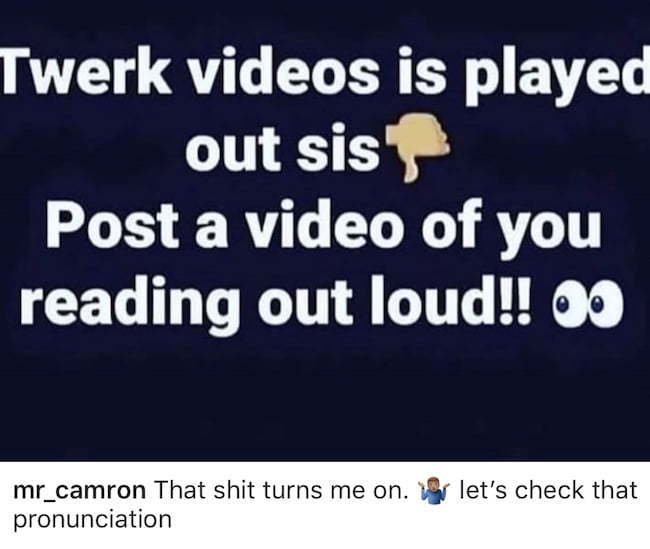 “I broke up with you because you kept threatening to beat up one of my co-workers for unfollowing you,” Cam said in a lengthy video message posted on his IG page with music playing in the background. “Now, maybe I’m a little old, and I’m just not, you know. I’m too old to beat somebody up or see somebody get beat up that brings me $300,000 a year for unfollowing you. I couldn’t take it anymore… That was the real reason why we broke up.”

Cam’ron added that he had no other problems with Juju and that he even got her a deal to be on Love and Hip Hop: New York. “I had no problem with you. I got you on Love & Hip Hop,” Cam continues. “I helped you get Candy Jewels Hair. I negotiated the best first-time person on Love & Hip Hop [deal] and that contract you got. I got you that money. You still on for two, three seasons now and I’m happy for you.”

The New York rapper also revealed that Juju got her booty and breast done while they were dating and he didn’t have a problem with that.