Except for a few fans, Instagram and Facebook followers of the Gargamel, Buju Banton appears at present to be oblivious to his new t-shirt deal with apparel company Supreme.

But later today when the shirt with Buju Banton’s image emblazoned on it and the phrase “Supreme forward even stand firm, Jah Love” printed at the back, is officially released; hopefully, they will become enlightened, and his disciples across the world will begin to grab them up.

Three days ago the artiste posted a video of himself sporting a white t-shirt with Supremes’ logo emblazoned across it in some of the shots, while in the other clips he holds a half-burnt ganja spliff between his fingers, as he sang snippets of a re-fix of Tony Rebel’s “Fresh Vegetable” and John Holt’s “Love I can feel.” 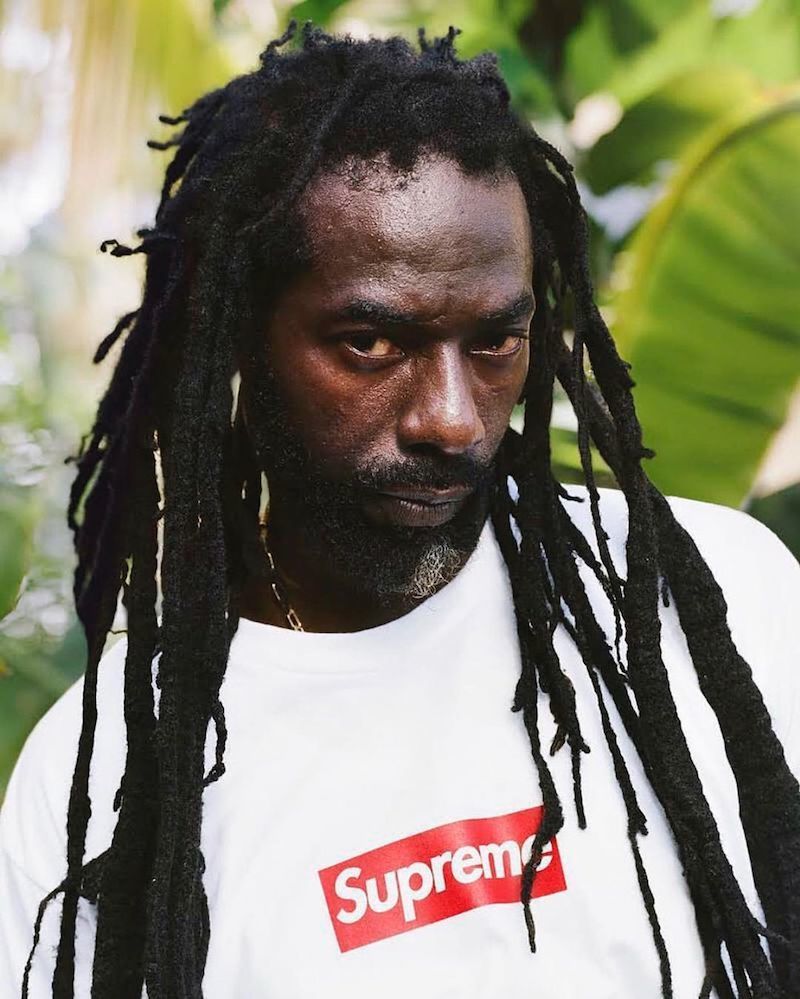 “Buju for Supreme,” the caption read. That video racked up more than 140,000 views. His longtime friend DJ Khaled was among the first to respond to the post: “Jah Love,” he wrote.

Buju sports the same white tee in a follow-up photo post bearing the caption: “Buju Banton for @supremenwyork,” but most fans seemed oblivious of the connection between Buju and the brand, as they commented on his looks, body, and hair and not the tee.

“Can one black man so appealing; the older the moon, the brighter it shine, drop the mic,” _ladybenz wrote, while _kafigram chimed in: “model pon dem Buju.”

The same posts were also shared on Supreme’s Instagram account. The t-shirt photo racked up close to 300,000 likes while the video was watched more than 600,000 times, but many of the commenters were downright rude or otherwise offensive in their remarks. However, others, like alifestylesupreme, declared outright that millennials had no business buying Buju t-shirts and should not be allowed to do so.

“They shouldn’t even let people under 25 cop. Can only imagine all the kids googling him now tryna be informed. Love Supreme but hate the lames wearing it now,” he wrote.

On Buju’s Facebook page, at least one fan was not happy with his new deal with the fashion giant,

“Diss off the Supreme bro,” he wrote. “You are supreme and do not need that dappy s@#t brand on you! Don’t commercialize bro, don’t sell out to Supreme…This brand is overpriced, its wrong, it’s not for the people…wear some local garms.”