Some new Chris Brown music is on the way. The R&B singer announced at his birthday party on Sunday night. The “Ayo” hitmaker told his fans that Indigo would be released on June 21, just in time for his summer tour with Nicki Minaj. “I’m just letting Y’all know this sh*t coming out June 21,” Breezy said. The singer was hosting his “Dirty 30” birthday bash at Sky High Sports in Woodland Hills, California.

Several of his celebrity friends were at the party including his girlfriend Ammika Harris and Lil Wayne‘s daughter Reginae Carter. 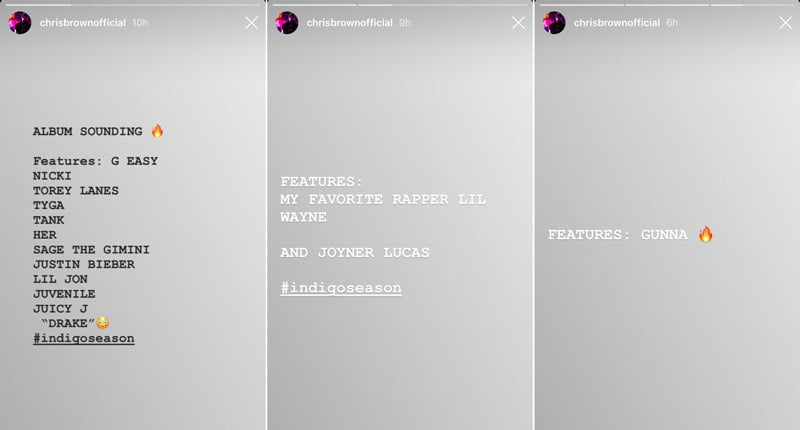 Indigo is the follow-up to Chris Brown’s 2017 album Heartbreak on a Full Moon, which came in the form of a massive double-disc project. His new project will also pack a lot of music with 30 tracks including a massive guest list comprising of artists like Tyga, H.E.R., Joyner Lucas, Gunna, Justin Bieber, Tory Lanez, Juicy J, Nicki Minaj, and G-Eazy.

#ChrisBrown Will be releasing #Indigo on June 21st!!!!? pic.twitter.com/T8riFqOFEa