Trey Songz previewed some new music, and Fabolous went all 50 Cent on him.

The R&B singer previewed a new song on his Instagram on Wednesday, and it’s hard to tell if Fabolous is feeling it or not. Let’s just say Fab felt like doing a bit of trolling 50 Cent style. The New York rapper commented on Trey Songz post where he wrote, “Oh u bout to be grabbing air.” He also added a hand and a fist emoji to illustrate his point further. 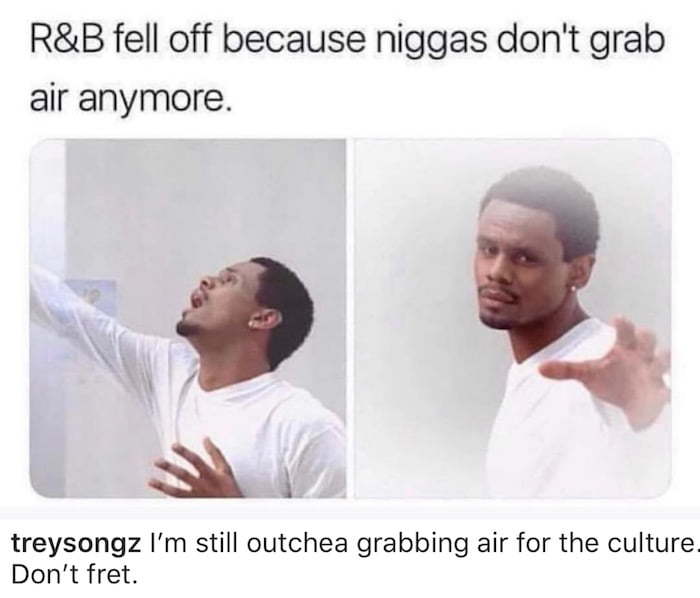 Last year, Fabolous breaks down how he and Trey Songz collaborated on the single “Say Ahh.” ” What’s crazy is i wasn’t suppose to be on the song…(or maybe i was in God’s plan) Trey told me originally Juelz was suppose to be the feature but didn’t come wit a verse by the album deadline in 2009,” Fab wrote on Instagram. Night before he had to turn it in Trey called me & i went to some studio downtown Manhattan dolo, met Troy Taylor & did my verse & the rest is history. .”

Instagram trolling aside, Trey Songz new music sounds fire, and we can’t wait for the song to arrive. TS is not the only R&B singer mounting a comeback to the scene as Usher just announced that he is working on a “Confessions” sequel with Jermaine Dupri.

R&B music has been on the rise again thanks to some female powerhouse like Ella Mai, SZA, and H.E.R. who have all been well received in the urban music space.

#TSRTunez: Uh-oh! Looks like #TreySongz has some new music on the way! Y’all think it’s going to be an air-grabber!? ????