Ye is one of 50 Cent‘s favorite targets on Instagram, but this time the G-Unit rapper might’ve gone a bit too far. Fiddy has a grudge against Kanye West from a few years back when they both had a showdown about who can outperform who after dropping albums on the same day. The G.O.O.D. Music rapper emerged the victor, and ever since then Fifty seems to be feeling salty, hence it should be no surprise to you whenever you see him take shots at Kim Kardashian’s husband.

50 Cent recently got called out on Instagram for helping to spread a piece of fake news about Kanye West that has been making the rounds online for the past few months. The rumors are about Ye scoring 106 points in a charity basketball game against a wheelchair basketball team. The G-Unit chief even shared an image of the story on his Instagram page. 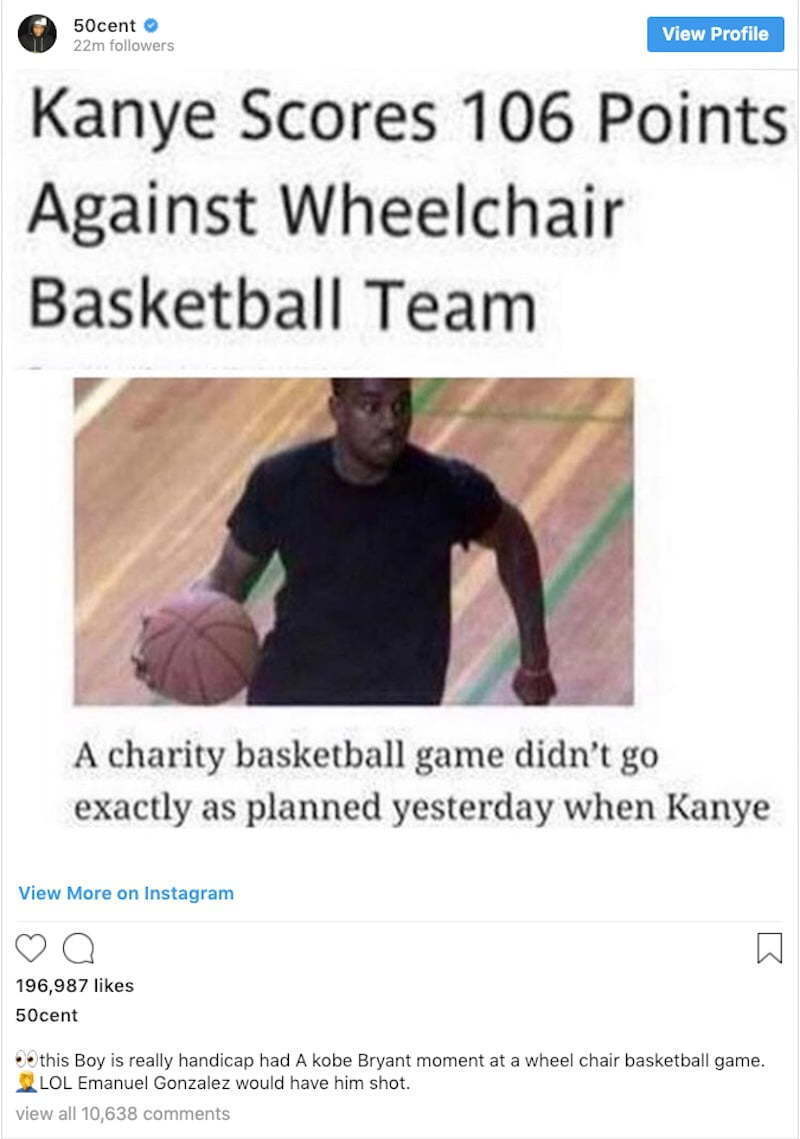 “This Boy is really handicap had a Kobe Bryant moment at a wheelchair basketball game,” 50 Cent wrote. Of course, no such basketball game never happened, so it’s a hundred percent fake news. He deleted the post after fans started calling him out over it.

“You’re so dumb if you believe this sh*t c’mon Fif I love your Instagram because your fun but this went a bit too far, spreading fake news on that man despite he being an idiot (in my Obama voice) this is still wrong bro,” one fan wrote.

Another fan added, “all lies you telling on that man Ye can’t even play ball like that much less to score 106 points smh.”