JAY-Z’s rumored secret son is still looking to have him do a paternity test.

There may never be a time when JAY-Z and Beyonce are allowed to live their lives in peace, at least not without secret kids coming out of the woodwork. Hov is undoubtedly the most successful rap stars in the history of the genre and is worth close to a billion dollars. It’s also no secret that in his younger days he been around the block a couple of times. However, the children he claimed to be his own are Blue Ivy and the twins.

A 25-year-old aspiring Philadelphia rapper name Rymir Satterthwaite is now accusing JAY-Z of dodging a paternity test for close to a decade now. Satterthwaite says his mother, Wanda, told him that the rap mogul is his birth father and that she slept with the former Roc-A-Fella rapper back in 1992 and got pregnant. He also concocted a theory as to why the rap icon is going through lengths to avoid a paternity test.

This is not the first time that Rymir is accusing JAY-Z of avoiding a paternity test and certainly he is not the first person to publicly accused the rapper of having a secret child. Wanda claims that she got pregnant after having sex with JAY-Z at his aunt’s apartment in Brooklyn in 1992. She said that they used protection, but somehow it failed. 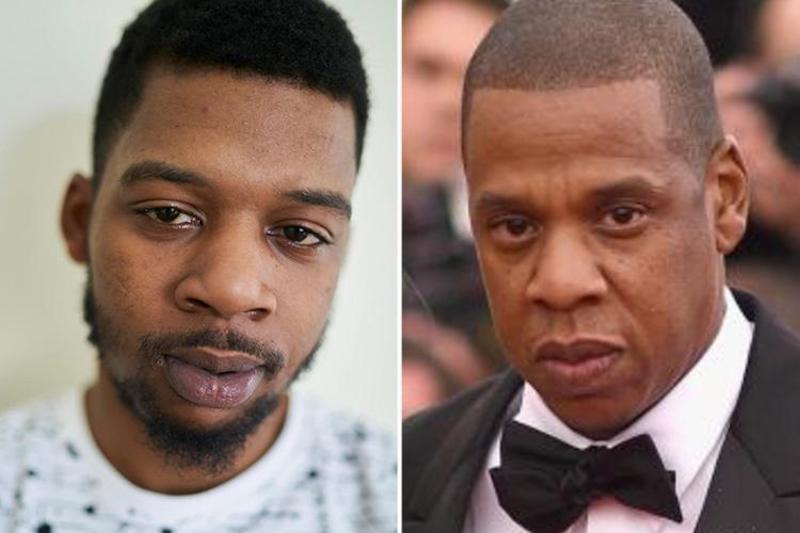 Wanda’s previous boyfriend, Robert Graves, was listed on Rymir’s birth certificate up until 2011 when they both did a DNA test which proved that he is not the father. Rymir and Wanda are now trying to get JAY-Z to do a paternity test but says his high powered legal team ensures that he doesn’t do it.

In a recent interview with The Sun, Rymir accused his attorney of colluding with JAY-Z’s attorneys to drag out the paternity case and buried it. Back in 2015, Rymir Satterthwaite filed a lawsuit against JAY-Z for allegedly submitting false documents in court to avoid taking a paternity test. It’s unclear where that suit is now. Nevertheless, Rymir and his mother are still insisting that Hov is his father.