Asafa Powell is officially off the market.

Jamaican sprint legend Asafa Powell and his longtime girlfriend Alyshia Miller tied the knot last weekend in Montego Bay. The intimate wedding was comprised of only a handful of family and close friends of the bride and groom. Sources told Urban Islandz that the two exchanged vows in a fairy tale ceremony in Jamaica’s second city on Saturday.

Powell popped the question to the model last year February, but the two managed to keep it under wraps for the most part. In the fall of last year, Alyshia Miller shared the news with her followers on Instagram. 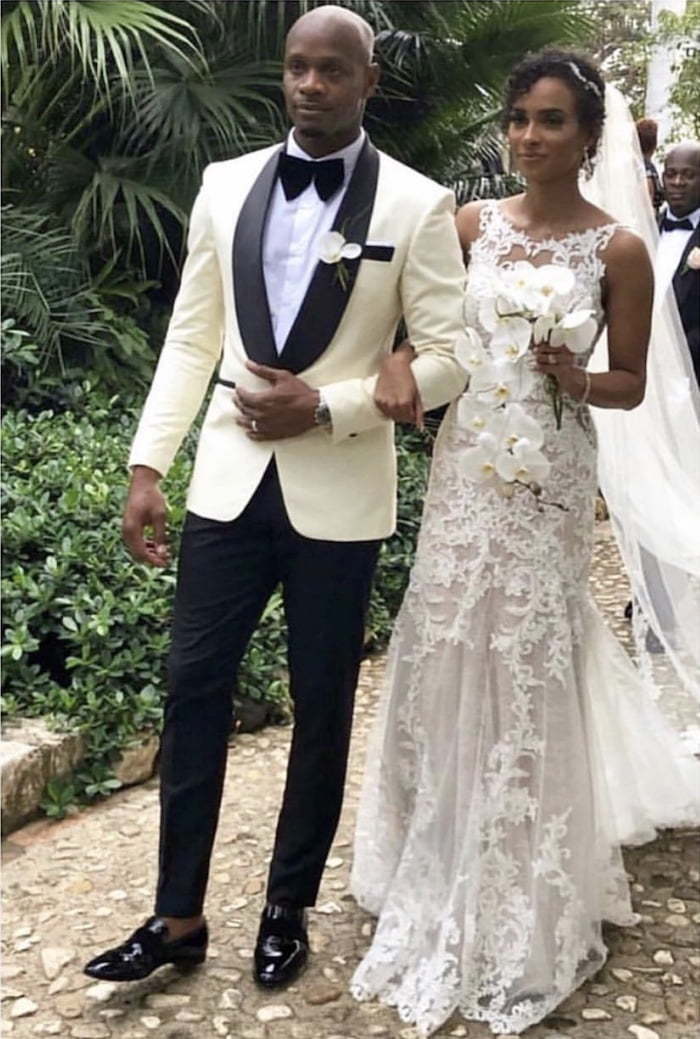 Asafa Powell is one of the most successful sprinters in the history of the sport after holding the world record twice between 2005 and 2008 in a time of 9.77 seconds before smashing the record again in a time of 9.74 seconds. His personal best is 9.72 seconds, and he currently holds the record for clocking the most sub-10 seconds in the 100-meter dash, hence his nickname, Sub10 King.