Just how old is Macka Diamond? If you do a quick Google search, you will see 77, 119 or an unknown number. Whatever you see is not her real age and because “Dye Dye” deejay is now 48 years old, a far cry from the numbers being float around. Nevertheless, someone went and doctored a few photos and posted them online which went viral. Diamond is now threatening to take legal action against the persons who are responsible for spreading her fake age.

“I’m taking action already. I’ve been on the phone all weekend, getting some understanding,” Diamond said. “Me and my lawyers are gonna figure it out.” 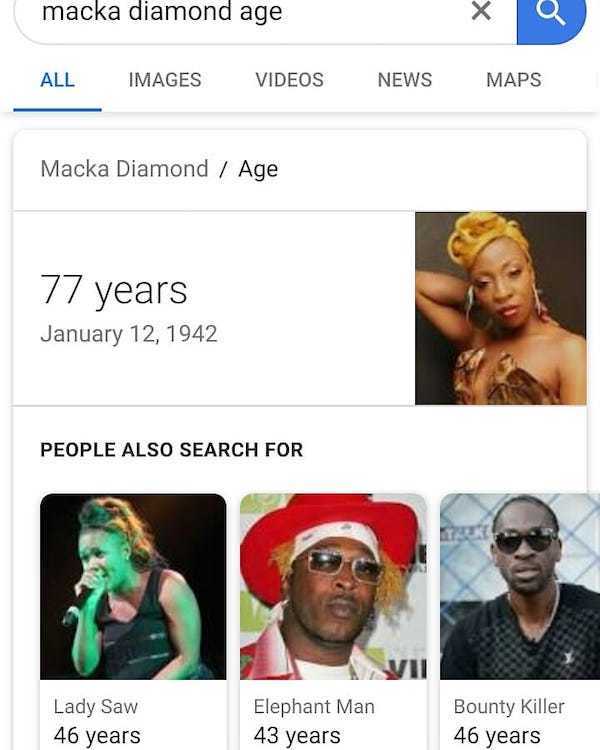 Macka Diamond says she has always been a victim of fake age reports and is often criticized by some folks inside dancehall circles about her age. “There’s always competition and mischievous people. This has always been coming up on me,” she continues. “It’s the only way they think they can manipulate me.”

Macka is now prepping some new music after being in dancehall since she was sixteen years old.