Rihanna shares another video of herself in the studio.

R9 is on the way, but fans still want something more concrete from the Bajan pop star who has been promising her Navy for the last two years that new music is on the way. Rihanna went on the Gram last night to share another cryptic video of herself in a recording studio with some music playing in the background. The video clip arrives as her fans amplified their pressure on her to release some new music.

The video itself contained a nighttime vision filter, so there isn’t even much to see aside from RiRi herself and some studio equipment. Nevertheless, the clip caused much celebration among her fans as they eagerly await some new material from her.

Rihanna’s last album ANTI was released at the beginning of 2016 and even tho she has released any new music since then, she managed to remain one of the most streamed artists on the planet since then. 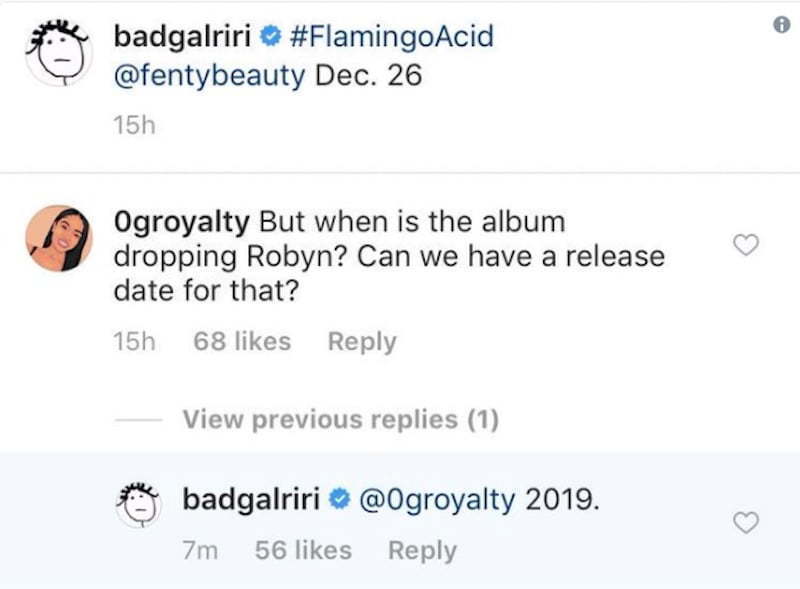 In December last year, a fan asked Rihanna when the album will arrive, and she responded saying 2019. The “Work” singer is gearing up for a big year because there are rumors that her new movie with Donald Glover, Guava Island, is set for release sometime this year. The island beauty and Glover shoot the film with “This Is America” and Atlanta director Hiro Murai in Cuba last year.