When Michael Rainey Jr. and Jamaica Prime Minister link up in New York, you know all they talked about is Power.

Power is one of the biggest shows on TV, and one of its main actors, Michael Rainey Jr., aka Tariq, is of Jamaican descent and is now officially a Jamaican citizen, after recently filing his immigration docs in Jamrock. PM Andrew Holness was in New York this week for the 73rd United Nations General Assembly, met with Rainey Jr at the Jamaican Consulate in NY where they chopped things up.

“‘Did Angela really die? You can tell me.’ It was a pleasure to meet Michael Rainey Jr. @michaelraineyjr last night at the Jamaican Consulate,” Holness wrote while Rainey Jr. added, “Last night it was an honor to meet the Prime Minister of Jamaica Mr. @andrewholnessjm
(he was trying to get info on season 6 #power.” 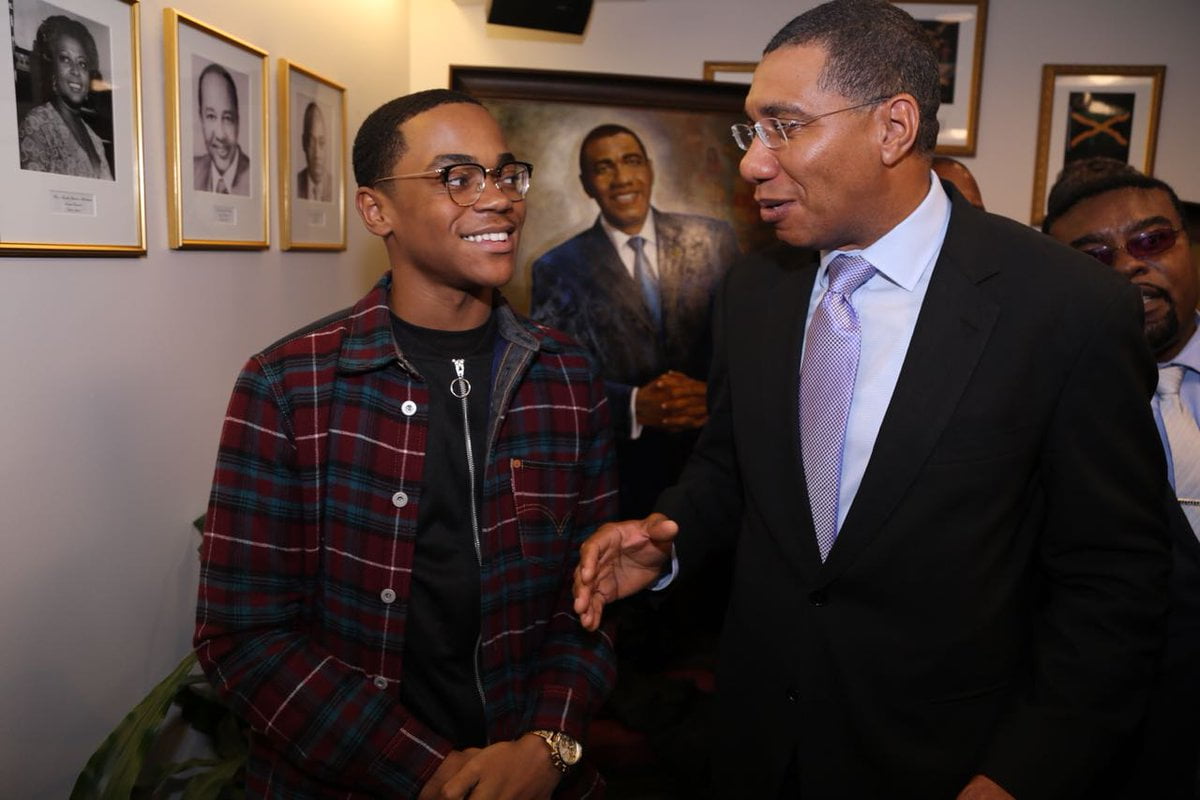 Jamaicans living at home and overseas, who are Power fans, are thrilled to know that the Prime Minister catches up on the hit TV series whenever he can. “The best PM. He’s working and actually does things like normal day to day people. Big up yourself Andrew. So glad we share the same Bday July 22 Cancerians are loved everywhere they go,” one female wrote.

Andrew Holness says her favorite character is Tasha simply because she puts her children first in everything that she does.

"Did Angela really die? You can tell me." It was a pleasure to meet Michael Rainey Jr @michaelraineyjr last night at the Jamaican Consulate. I tried to squeeze some season 6 info from him but he didn't budge. He is a #POWERful young star.