Cuban Doll says she is retiring from rap after getting a lukewarm reception for her new song “Shake Sum.”

Last week, rapper Cuban Doll released her new single “Shake Sum,” and some fans were not impressed. This week, she announced on the Gram that she is quitting the rap game and moving on to a new chapter of her life. “I’m done rapping,” she wrote. “Moving on to my next chapter in life.”

In case you don’t know who Cuban Doll is, here is a little background. She is a Dallas native breakout rapper with two mixtapes under her belt. Her mixtape “Aaliyah Keef” was released in December last year under Caroline Records and her first mixtape “Cuban Link” arrived in February last year. 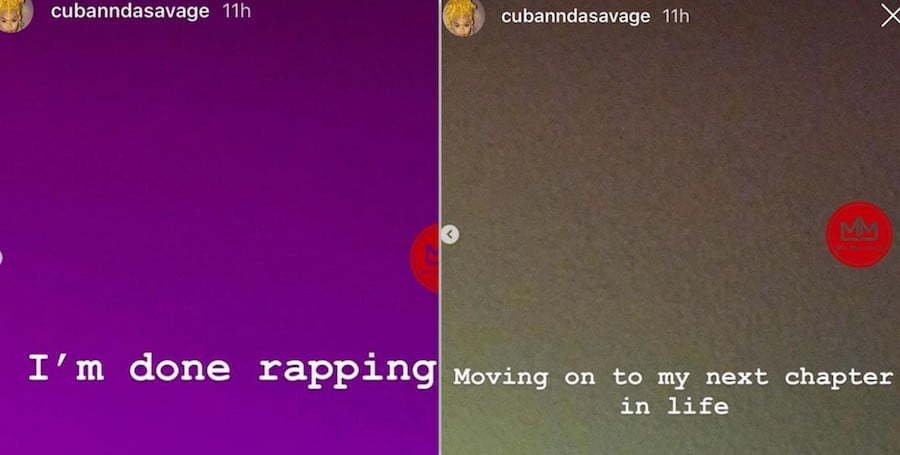 In May of this year, Cuban Doll showed off some bruises that she received during an alleged altercation she had with her rumored boyfriend, Tadoe.