“All that king talk is cool and all but I just made 100+ racks yesterday off features,” he wrote on IG stories. “Another quarter mil off ghostwriting. Another 120K off an endorsement (front end). Not to mention the half a mil I brought in from touring about a month ago plus I’m going on tour AGAIN, in April. Plus another 300K in royalties coming in this month.”

Joey Badass is a very talented rapper in his own right, but proclaiming the king of New York rap is another argument. 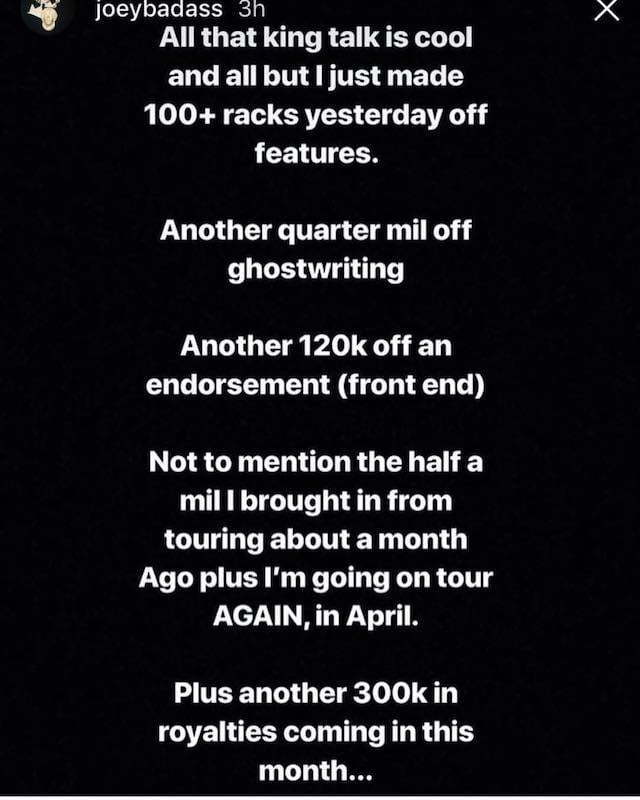