Gucci Mane made a visit to his hood recently and it stirred up a lot of bad blood.

The East Atlanta Santa posted a photo of himself leaving a convenience store in Bouldercrest over the Christmas holiday. He was wearing a Gucci tracksuit and carrying a scratch-off lottery ticket in one hand, but it’s his caption that got the most attention. “Face I make when they say Guwop don’t run Bouldercrest like #ElGato,” he wrote. He also posted another photo of himself inside the convenience store where he wrote, “At the Texaco on Bouldercrest I sold nicks and dimes at as a teenager.”

Another rapper from the East Atlanta neighborhood, Young Nudy, fired off a shot on Instagram basically saying that he is the one who locks down Bouldercrest. “Last time I checked #PDE #Run #Bouldercrest We Don’t No buddy He don’t Be in the hood Dats A big CAP I got the hold #Bouldercrest #and #Eastatlant #mygucci #voice,” Nudy wrote. 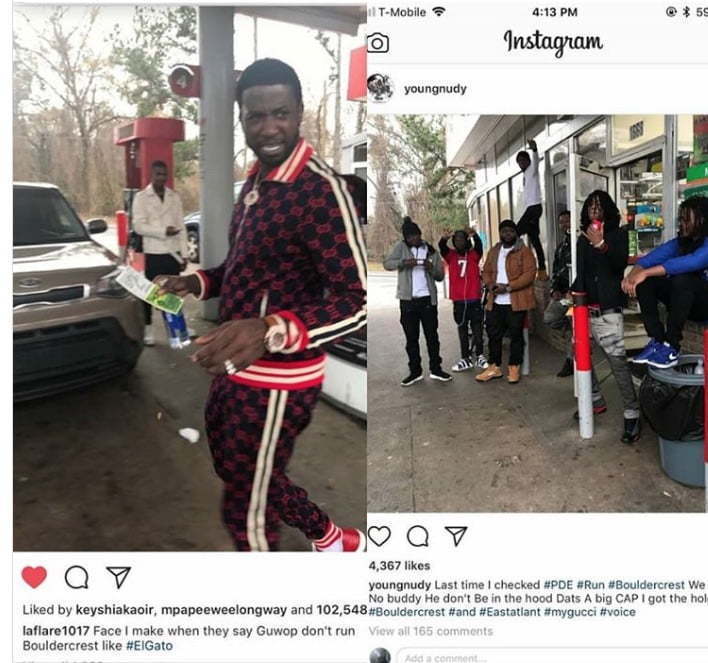 Gucci Mane released an album in December last year titled “The Return of East Atlanta Santa” where he paid homage to his hood.