Cardi B was in Jamaica this week to shoot a video with Rvssian and reggaeton artist Ozuna.

The “Bodak Yellow” rapper touched down in Jamrock on Wednesday via a private jet and we’re told that she was staying at the secluded GeeJam villa in Portland. Sources told us that the trio were shooting the video for the single “Sooner.” Cardi B announced via Instagram Live on Wednesday that she is on her way to Jamaica. “On my way to Jamaica!” she wrote sending her Jamaican fans into a frenzy.

On Friday, Rvssian posted a video clip on IG of himself and Cardi B hanging out on set the video shoot. “We in Jamaica,” Cardi B said. “We doing this video for sooner and its hotter than a motherf****.” In October, Rvssian posted a photo of himself, Card and Ozuna in the studio recording the new single. 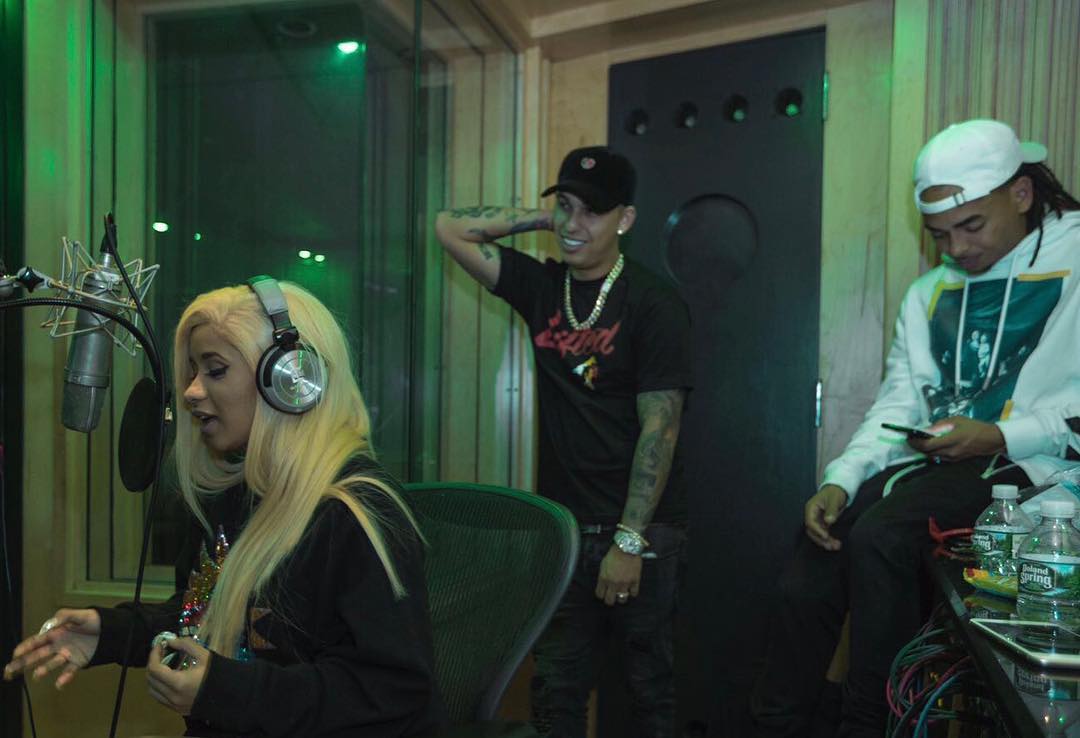 “We shooting the video with Cardi B and Ozuna in Jamaica, so we bringing the culture to Jamaica,” the producer said. “And the song is a dancehall song. On the dancehall scene, I have two new juggling rhythms dropping in the next two weeks.”

Cardi B will be making a club appearance in New Orleans tonight.

#cardib and #rvssian in #Jamaica shooting a video