Scorching the airwaves with ‘Loco’ and ‘Gyal Clown’, two of the hottest tracks coming out of the summer. Dancehall artiste Govana is set to unveil his new T-Shirt line next week.

Aside from being a savvy lyricist and songwriter, the 4th Genna deejay can now annex entrepreneur to his list of accruing accolades. Though the initial rollout will feature predominantly garb for men in an array of colours and sizes, Govana explains the collection is unisex, thus the shirts can also be worn by women until the full complement is ready.

“I’ve always wanted to dabble into other aspects of business since my emergence on the scene. Music and fashion go well together and I believe starting a clothing line will be a good marriage for my music and brand. It’s something the fans have been requesting for years so I think now is the right time,” Govana intimated.

He continued, “Everywhere we travel people always asking for T-Shirts and other promotional material, so starting a clothing line I believe is a step in the right direction in building Govana and the 4th Genna brand.”

The collection dubbed ‘Genna Genna’, coined from a popular slang used during his performances will be available at selected stores across the island in the months ahead. However, for the residual of the year, the shirts will only be available in Kingston at Block B Shop 178-179 Constant Spring Arcade (beside the passport office). Full details on other locations will be made available at soonest, in the interim orders can also be placed by contacting (876 401-993). 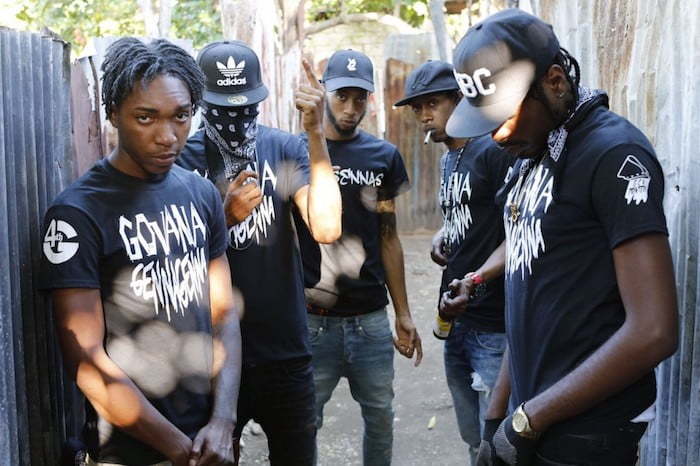 Meanwhile, Govana says things are progressing steadily with his upcoming EP which he promises will be a ‘respectable body of work’ with something for everyone’. Fans can look out for the official visuals for ‘Gyal Clown’ and ‘Loco’ in the weeks ahead.