2 Chainz broke his leg but insists that he won’t let his fans down before proceeding to perform in a tricked out pink wheelchair.

Hairweavekiller announced on Instagram on Wednesday that he broke his leg but because he didn’t want to disappoint his fans in Tucson, Arizona, he got himself a wheelchair and take the stage. The Atlanta rapper is currently promoting his new album Pretty Girl Like Trap Music. The pink wheelchair is tricked out with pink tires and gold wheels with “Trap” written on the back.

“So I broke my leg 11 days ago, and had surgery 10 days ago,” 2 Chainz said wrote in the caption of a photo of himself in a while chair on stage. “When I woke up from sedation the doctor told me “well looks like your gonna have to cancel your tour” so I told him maybe it means God wants me to use my mind and be creative! So after all the morphine and pains meds wore off I called management and said somebody find me a “pink wheelchair” I can’t let my fans down besides I’m passionate about this sh*t !! Tucson, Arizona thank you for supporting me and rocking with the campaign.” 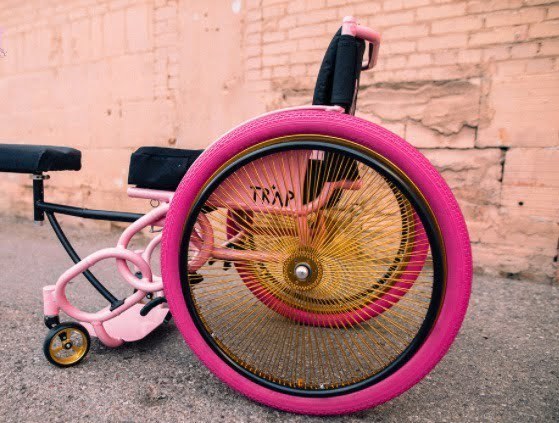 Show Must Go On!! Link in Bio for tickets… Tag a friend ???? you bringing to the #prettygirlsliketrapmusic Tour …