Foota Hype is trolling Alkaline on Instagram after welcoming his new baby.

Alkaline famously raps about being the dancehall “gallis” of the moment, but Foota Hype is feeling some type of way about giving the Vendetta boss that title. “Some bwoy say dem a gallis and a talk bout extra lesson and nuh know dah feeling yah fi create life #adori day just born pic,” Foota Hype wrote in the caption of a photo of himself holding his newborn.

Perhaps Foota is trying to get Alkaline’s attention, but he did managed to get some Vendetta fans angry. “Big up yourself Alkaline, better u no have no youth…. a nuff a dem a breed up woman and naa mine dem youth , not even know how dem youth eat and drink,” one fan wrote. Foota Hype also has a son with dancehall diva Ishawna. 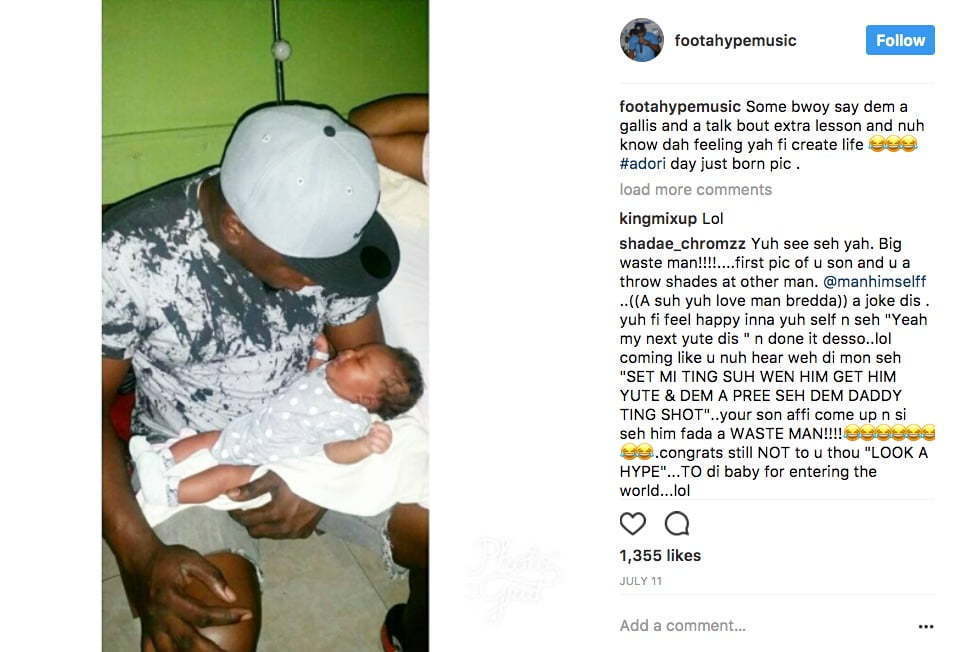